It's rare to see a startup team in Belgium launch their product with a crowdfunding campaign, probably because it takes considerable skill to pull it off. A crowdfunding campaign is basically do or die - you have 6 weeks to make it work. This is already a big ask, but on top of that, ONAK needed to reach a very specific demographic: people who might want to purchase a canoe. To succeed, it needed to find these canoe buyers all over the world.

For a PR agency, a crowdfunding campaign is a huge challenge: in most cases you're launching a new brand - but you can't be satisfied with increasing the awareness of the brand or product. Just having people say "cool idea" isn't enough. In order for the client to survive, you need to create conversion. You need to sell canoes - or else.

Fortunately, the ONAK team had built strong communication assets. First, there was the product itself, brilliantly designed. The novelty of seeing typical origami patterns on a real-life canoe was quite interesting. ONAK was a gimmick in the positive sense of the word - something that lightens your mood just because it exists.

Of course, there were also some threats. Most notably, ONAK was the first origami canoe, but another team had already built an origami kayak. We had no idea whether journalists would make that distinction, or whether they would just say, “Okay, you have a foldable boat - seen that, done that.”

Given the goal of the campaign - to sell 150,000 euros worth of canoes - we decided that we needed to target three different audiences: the Belgian media, the international outdoor media and the international tech and design media.

The Belgian media was a no brainer. We tell every startup that you need to build strong relationships with your home base. It's the startup equivalent of the truism in politics that you have to "dance with the one who brung ya". Media are usually quite interested in local entrepreneurs who do unusual things, and ONAK definitely qualified.

Outdoor media was a bit trickier, we thought. While we were fairly certain that buyers for ONAK were probably readers of these media, and these media tend to be produced by genuinely enthusiastic, geeky personalities who would understand the appeal of ONAK, we also know that specialized media can have long lead times. A lot of these highly focused magazines have a small staff who often divide their time between different publications. We figured it might take weeks or even months before some media would publish anything about ONAK - and the campaign would only run for 6 weeks. 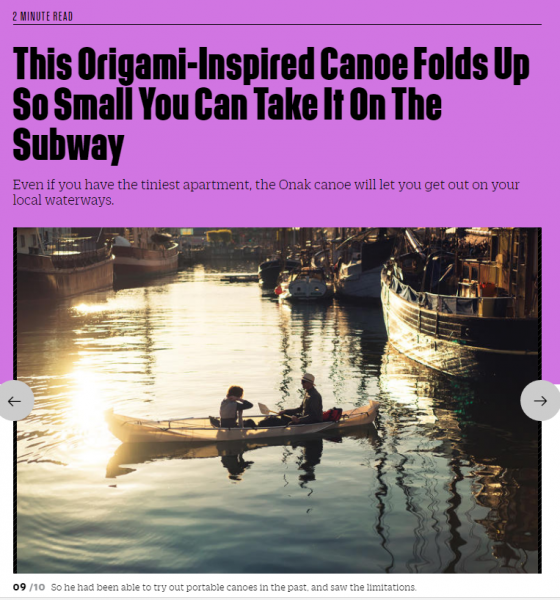 For this reason, we chose to focus first and foremost on design and tech media. We knew this would represent a trade off between reach and conversion: we might reach a lot of people who would find ONAK a cool idea, but who might ultimately not buy a canoe. But we also knew that tech and design media were the only media that might hit a pocket of super enthusiastic geeks who would get our story viral - which we figured was the only way to find enough leads who would consider buying an ONAK canoe.

Both Fast Company and Wired are interested in design, innovation and sustainability and have a global following. So we pitched to both media, and the first e-mail we received back wasn't good: Wired loved the product, but told us that their editorial policy did not allow them to write about Kickstarter products that were not shipping yet (note to future Kickstarter teams: ship at least one order if you want Wired to write about you).

Luckily, Fast Company has no such policy and wrote a great feature on ONAK on the first day of the campaign - we were in business. Gizmag, a newsletter with 6 million readers, also picked up on the story. After this exclusive, we followed up with a traditional press release to a wide range of media, which resulted in the first clippings in Belgian and outdoor media. After this first burst of publicity, the Kickstarter counter was at something like 60k or about 50 canoes sold - nice, but only about a third of the funding goal. 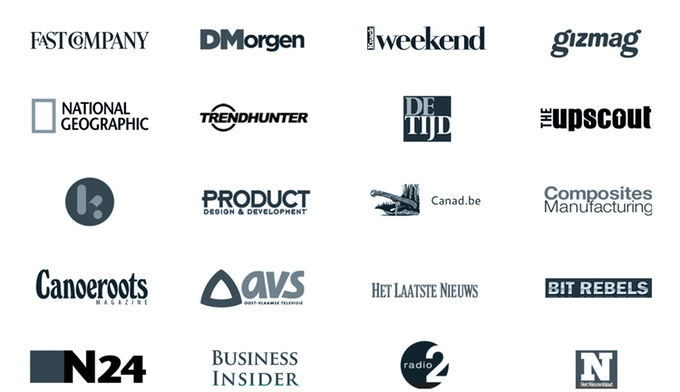 In the second week of the campaign, ONAK won a big award at the "Outdoor Show", a huge conference for outdoor products in Germany. The award allowed us to reach out to media again, barely a few days after we had introduced ONAK. In our follow up, we could point to the award, but also to the social proof of being featured in Fast Company, Gizmag, and a number of Belgian media.

The lesson: if you plan a crowdfunding campaign, plan predefined milestones that will allow you to communicate during the campaign. You need these milestones to show media that you're not just a crazy, funny idea. You need to show traction. The second round of PR managed to get ONAK featured on Belgian national TV: both VTM and VRT brought a news story about a passionate entrepreneur who spent three years of his life building an origami canoe. We timed the pitching of the news story to coincide with the first good weather of the summer in early July.

Other times they want to follow each other, piling story upon story about something because all the others are also writing about it. With ONAK, we reached this tipping point somewhere halfway through July. Stories about ONAK began to appear, seemingly spontaneous, on blogs and magazines around the world. Some of these media had received our press releases, others had not: at some point they just started copying each other. (Click below image to see the Facebook video:) 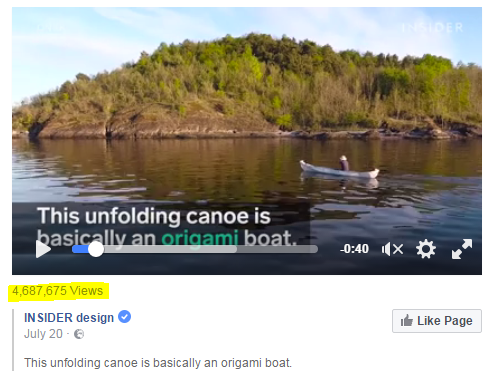 ONAK was getting closer to its funding goal, and it got another huge burst when Uncrate picked it up. Uncrate is the mother lode for a crowdfunding campaign: it's a website that curates pictures and short descriptions of lustworthy things to buy for discerning individuals with money to spend. And boy, did they buy ONAKs. 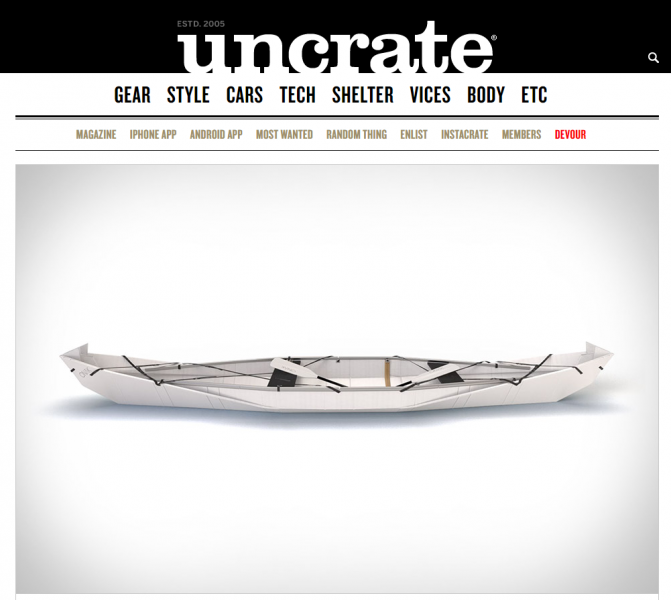 ONAK blew through its funding goal (and the stretch goals) with a few days to spare. For us, the icing on the cake was probably when Time magazine featured ONAK in its print edition in the section "The Big Idea". 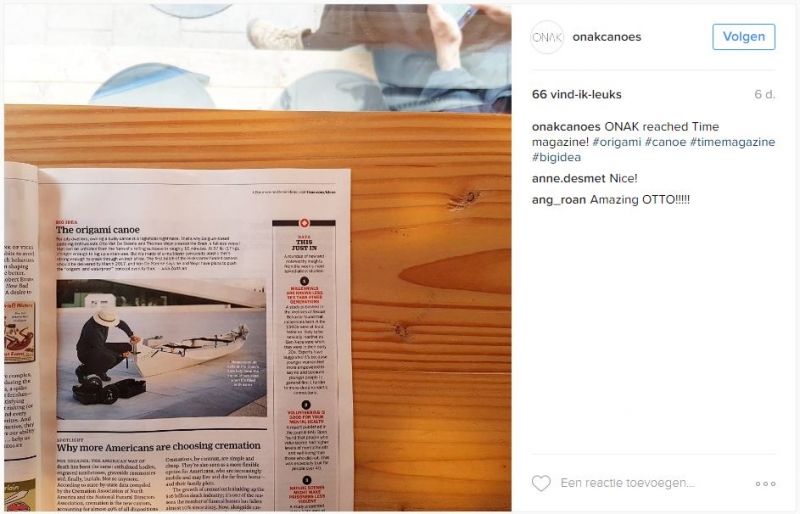 What we did know and what worked out as planned was: if you want to aim for virality, focus on the biggest dominoes first - they will knock over some others that you might never even have heard of. So aim straight for the top publication, and spend the necessary time to pitch to the one or two journalists who will be interested in your story.

Make sure that you have an abundance of photo and video material – at least dozens of high quality, story-rich visual material. Make sure that the entrepreneur-founder is in the pictures. In ONAK visuals, you can almost always see Otto - usually with his signature hat. I'm convinced that this helped a lot in selling the story. It humanizes the story: a guy and his canoe, converting people one by one, all over Europe.

Make sure that your crowdfunding campaign has predefined milestones to communicate about. A crowdfunding story needs "chapters". A first burst will not get you over the finish line - you need multiple stories. Once we understood this, we went looking for any excuse to send another update to media, including "ONAK is doing great on Kickstarter", "ONAK is almost there", "ONAK video is going viral on Tech Insider", "ONAK made its funding goals and is now aiming for stretch goals".

Don't be afraid to pitch a story that is basically "this unusual canoe is a hit on Kickstarter". It might not generate the buzz that it did a few years ago, but it still works sufficiently well to use it.

Doing "great" also doesn't mean that you have to raise millions on Kickstarter. By Kickstarter standards, a funding target of 150k was quite modest. But it's not about the absolute numbers; it's about the traction. Showing that there's a passionate following *almost* making something great happen will buy a lot of goodwill. De Tijd, the Belgian business newspaper, gave ONAK a nice boost in the last stretch with an article saying, “A Belgian entrepreneur is drumming up support from media to achieve his funding goals” - a metastory about crowdfunding campaigns, and much appreciated by us and the client.