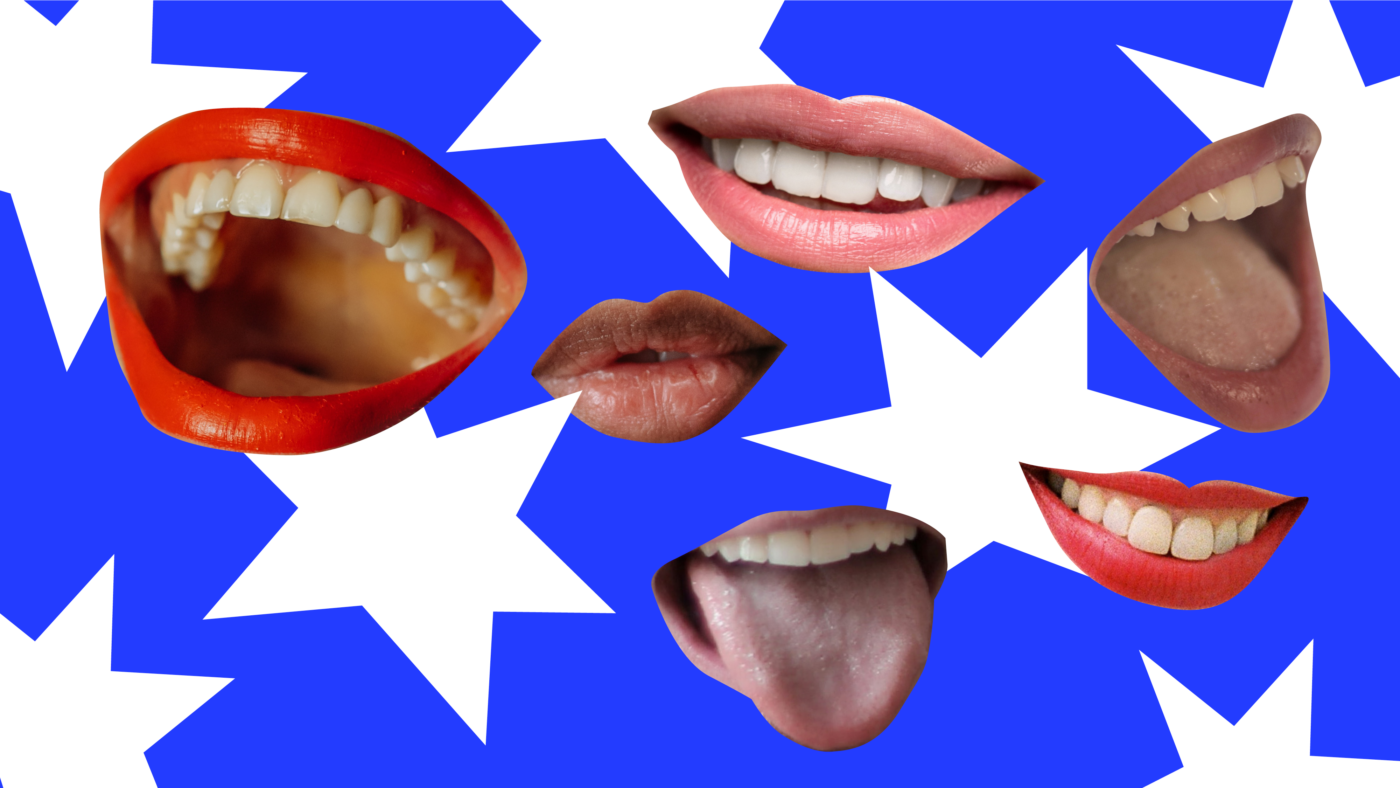 Word of mouth is one of the most important, but also one of the least understood aspects of PR, which is why we found it so interesting to find this new research about negative word of mouth.

Almost any larger business will have to deal with negative rumors and accusations at some point. When the accusations are true, companies have known for years what they should do: steal thunder.

That is, make sure you are the first to communicate about the problem. And it works: research has shown that the audience will be more inclined to believe you, and will even think that the crisis is not that bad:

But what to do if the accusations are false?

Until recently, the tactic for dealing with false rumors was to deny them. Nobody was really happy with that approach. As early as 1981 researchers worried that denying rumors is useless once they have spread, especially when it’s “impossible to pin down the source of the rumors”.

Since Facebook, Twitter, internet forums and SMS, pinning down the source of a rumor has become impossible. On our blog, we showed earlier that “bad news travels fast” on social media.

Case in point: in 2006, an “anti-Zionist media activist” wrote a hoax letter, supposedly written by Starbucks CEO Howard Schultz. The letter “explained” how Starbucks funnels part of its profits to the Israeli army.

Almost immediately, the hoax became a viral hit. It spread like wildfire on Facebook, SMS messages, e-mail chains and internet forums – so much so that it attracted the attention of media like Daily Egypt and Business Today, who debunked the letter.

But by then, it was too late. The Starbucks rumor was like one of those chain mails your aunts keeps mailing: it just wouldn’t die. Three years after it first appeared, in January 2009, angry Gaza demonstrators forced a Starbucks in Beirut to close its doors. A few days later rioters smashed the windows of two Starbucks shops in the center of London.

Why do rumors stay alive? Because they are repeated. And people repeat them because they just don’t like your company:

“individuals or groups who are opposed to an attacked company are especially dangerous because they are likely to spread a negative message”.

They do this because they enjoy seeing the company hurt, or as academics put it politely: “through a failure of the company they oppose, disidentifiers can boost their self concept”

People who do not approve of your company actually get a little ego boost from spreading bad news about your company. So there seems to be truth to the t-shirt that says that “haters gonna hate”.

3. It’s possible to “hack” the haters

But it appears that it’s possible to “hack” the haters of a company or brand, through a technique that is called “inoculation”. Much like you would protect yourself from a disease by being exposed to a very small dose of it, it seems you can inoculate your company’s stakeholders by exposing them to the false accusations.

4. You should clearly mention the false accusations in your message

Suppose a company is falsely accused of bribing a congressman. An inoculation message would be

This approach works a lot better than staying vague.

We notice that out in the real world, very few communication professionals are comfortable with this. They would rather wait react after the fact (which doesn’t work very well), or send out a vague positive message about the company – a so called “supportive message”, which would probably go a bit like this, carefully not mentioning any of the accusations for fear of giving false accusations any publicity:  “Acme Inc. wants to confirm its strong commitment to transparency and honesty”

Case: Abbott. During the corona crisis, Abbott’s COVID19 tests were publicly questioned by the FDA, which published a release on their website saying:

The reaction of Abbott was a classical “supportive message”. Note that Abbott does not go into details about the source of the reports on the study (the FDA) or the actual findings about false negatives. People who know nothing of the FDA communication can only be mystified about this communication, but any information they find will not come from Abbott. Abbott misses a chance to tell its side of the story here. 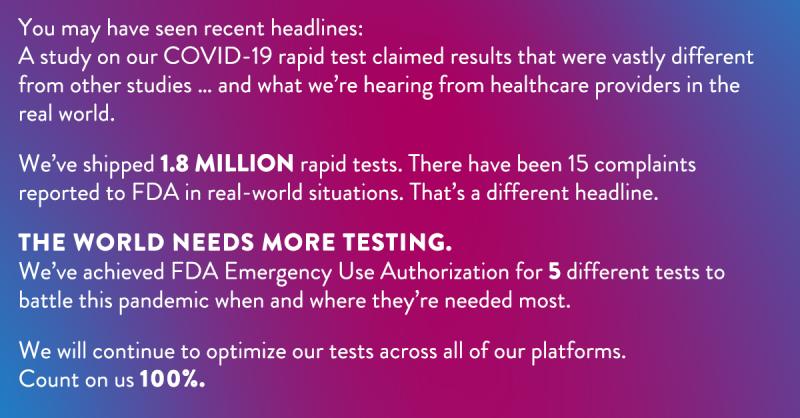 An experiment also showed that inoculation works better in cases where you think false rumors about you should be stopped. 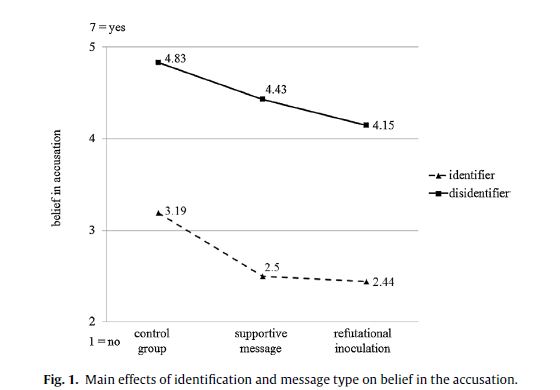 and the reason is surprising:

5. Because haters are surprised about your revelations, they will think harder about your counterarguments – and believe you more

Revealing negative information about yourself makes people pay attention to what you’re saying. It’s that simple:

“revealing negative information about oneself is incongruent with expectations; this raises the likelihood of systematic information processing”

People who don’t like your brand (detractors) hope to find something that gives them that little ego boost. But this also causes them to think harder about your counterarguments, and to also generate their own counterarguments:

“they hoped to find information to bolster their negative stance. As a consequence, they were confronted with the company’s counterarguments which helped them to generate counterarguments in the face of the attack”.

And the more of these counterarguments they can think of, the more they will convince themselves:

Which is a double whammy for us.

However, say the authors, it would be a really bad idea for you to start fabricating some false rumors just to get that sweet, sweet inoculation effect. Nothing in the study points towards an actual gain in reputation for the company who is under a false attack. So while haters might pass on this particular negative news about you, they might decide to wait patiently for a next occasion to get that ego boost:

“The best protection is to prevent public criticism by negotiating conflicts of interests with critical stakeholders and by fostering strong consumer-company identification and building a strong reputation.”

We’re always happy to debate in the comments or on Twitter: give me a shout at @rafweverbergh