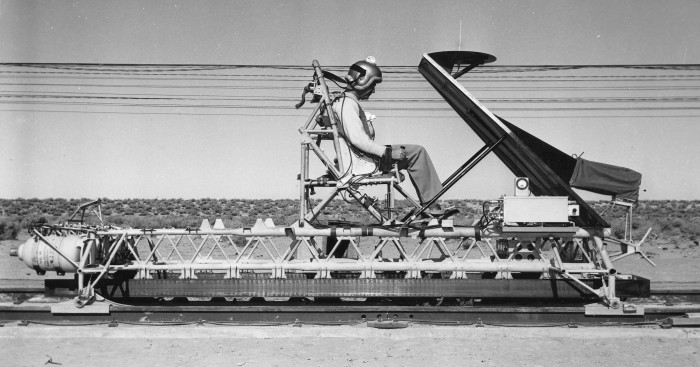 How to improve your content marketing instantly: learn the difference between a subject and an angle

In the last year and a half, we’ve trained dozens of nonprofessional writers in how to create content marketing. It’s a lot of fun to see all this creativity, but we notice that the learning curve can be steep. One thing that many new content marketers struggle with is the very beginning: what should I write about? It’s a very basic, and a very important question, and you should do yourself and your colleagues a favour by using a strong process to find something to write about.

Here’s how you should approach it: first, you should learn the difference between themes, subjects and ideas.

Your theme is usually a given, as it will be defined by your industry and activity. If you’re a business consultant, your themes will be things like business strategy, innovation, corporate culture, leadership. If you’re a fashion brand, your theme will be fashion, looking good and feeling wonderful.

Subject: the trigger – why are you writing about this today?

A subject is also quite easy to spot. Subjects are things that are already in the news or that should be in the news. The subject is the “trigger” of the story, the answer to the question: “Why should I write about this today?”

This could be: new research, new legislation, a new event, a new face in your industry, a familiar face that’s leaving the industry. The list is endless. Test your subject with the question: why do I want to write about this today? If you can’t answer it, maybe you should look for a more newsy subject – timeliness is one of the great drivers of attention. People are naturally interested in stuff that they’re hearing a lot about. Is everybody talking about the Ice Bucket Challenge? Then write about the Ice Bucket Challenge.

As in investing, “the trend is your friend”. But everybody is doing it! Yes, I know. That’s why it’s a good subject. But a subject is not enough to start writing. (Step away from the keyboard!)

The new Facebook algorithm is a great subject. Unfortunately countless other writers, some of them professionals, will beat you to the punch when it comes to breaking the news about how it works. Then what? Will you just replicate what Mashable or SEO Moz writes, only a week later? Good luck attracting readers. And yet this is what a lot of content marketers do.

Spotting a subject posing as an idea is not that hard. In my days as a journalist, I can’t count the number of times that someone in the newsroom offered a subject disguised as an idea. The question usually went something like: “Shouldn’t we do something with the Ice Bucket Challenge?” At this point the entire newsroom looks at each other and says: yes, sure. But WHAT? If you can’t answer that question fast and convincingly, you don’t have an idea yet.

Summary: the good news is that everybody can find a good subject. Newspapers, tv shows and the internet are full of them. There are new laws, new innovations, new wars, new conflicts as well as new people bursting on the scene every day. What you need is to squeeze an idea out of your subject.

Idea: the angle – the “aha” moment

An idea is the angle of the story – the “aha” moment that you need to lift a story from mediocrity to newsworthy. Without it, you’re stuck in a boring no man’s land – you can write about a subject for hours, swapping sentences and paragraphs, only to find out after a day of work that your work just isn’t… interesting. That’s because you started writing before you identified an angle.

Let’s take the Obama inauguration as an example. Great subject. But you can’t pitch a story to the media based on just this subject. A journalist will just say: great, thanks for telling us about that inauguration – hadn’t noticed it yet (sarcasm!). What can you tell us about the inauguration that’s new? Grumpy journalist is asking you to stop wasting his time and to give him an angle (he knows you don’t have one).

The angle is what will define your blog post and even the entire reading experience of your blog (or video, Slideshare,…). Even in a crowded field, if you consistently manage to find angles that are very specific to you, you will develop a unique and convincing brand voice.

A big subject can have hundreds or even thousands of angles, like:

– Can my cat get ebola? (Pets Magazine)

– Is the ebola outbreak actually the zombie apocalypse? (Buzzfeed)

– WHOA! Ebola is wiping out the stock markets! (Business Insider)

We usually tell bloggers to use the “rule of three”. That means: throw away the first idea and throw away the second idea. Keep the third. The reasoning is that the first two ideas will be obvious. You have to force yourself or your brand journalists to dive deep into what you know, to come up with counterintuitive, provoking ideas.

Idea 1: “What does Obama’s election mean for African Americans” (boring)

Idea 3: “Why Barack Obama’s election might be the worst thing to happen to inner city African Americans” (at least worth looking into)

A good angle can often be summarized in a clickbait title

You’ll notice that we’re really looking for a title here – even a title that looks suspiciously like those clickbait titles that Huffington Post, Buzzfeed and other “viral” blogs are fond of.

Look for titles that have two things going from them:

2. You should be able to prove them. How you prove them doesn’t matter: through scientific research, through qualitative interviews, through anecdotes, government reports, through real life experience or even by tallying, by hand, the number of deaths in the ‘Game of Thrones’ trilogy.

And another thing: be absolutely merciless for ideas in this phase. You should kill ideas in this phase with a sadistic pleasure, because if you don’t, they will come back and haunt you. Discarding ideas at this stage is ultra cheap. But a bad idea that is greenlighted will cost you huge amounts of time and money, and might even lose you readers in the end.

Once you have your idea, stick to it. Make it a controlling idea.

Robert McKee, in his classic “Story”, talks at length about the “controlling idea”. In fiction, it’s a bit of a hard concept, but in non fiction it’s dead easy: it’s that title you just came up with.

The idea is controlling because once you defined it, you are not allowed to digress from it. McKee advises to write the controlling idea on a Post It, sticking it to your computer and eliminating everything from the story that doesn’t fit into the controlling idea. Yes, absolutely everything. Your blogs should read like a Japanese bullet train. It’s the only way to convince readers to come back the next time.