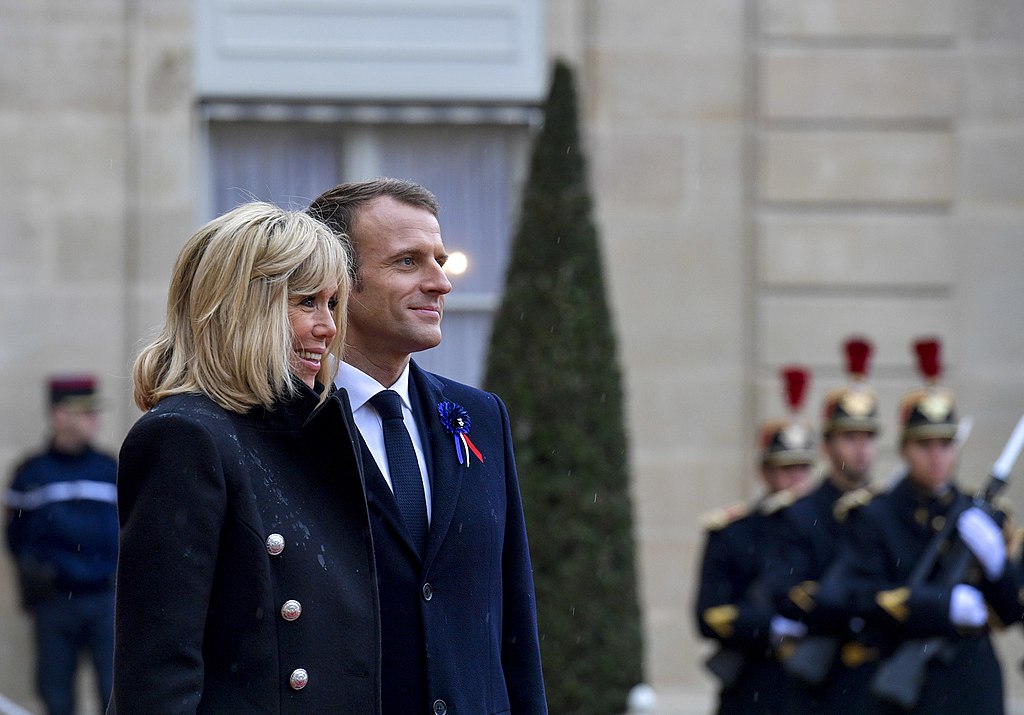 Last week marked the first 100 days of Emmanuel Macron in office. It’s a great time to take a look at president Macron’s media strategy, especially since it’s a dramatic break with the Macron we knew during the campaign.

But it’s also relevant for brands and organizations. More on that after we look at what the le président has been up to.

President Macron’s approach to media is simple: he is keeping his distance. In his first 100 days in office, Macron sat for exactly 2 media interviews. He even skipped the traditional TV interview on Bastille Day:

Macron’s 1.6 million Twitter followers are often first to hear from the president, who has “rarified his appearances” – he even skipped the usual Bastille Day presidential TV interview because his “complex thought process” didn’t lend itself well to the format.

It’s hardly surprising that this new strategy frustrates French journalists. Macron’s campaign and rise in popularity was largely supported by the people media who glorified the newcomer, and who were offered plenty of insights on his private life.

Now, they can’t get access. The new Macron prefers to communicate directly with his base, often with images rather than text and if possible through a Facebook livestreaming.

As media sociologist Jean-Marie Charon observes, he is not the first French president to bypass traditional media by using a relatively new media format:

(Macron) embodies the web generation and intends to address directly his audience and voters (…). There is a parallel with Charles de Gaulle, who was the first to use television, which he controlled and used to get his message across without the press. Macron follows the same logic: he is using a rising media, one the young professionals favour.

In July, Macron’s party En Marche! announced that it would “constitute itself as a media” to “make decentralised content” on local news.

Where else have we seen this? Right, in Washington. While Macron is sometimes hailed as an anti-Trump, his approach to media is remarkably similar to Trump’s.

To a much more extreme extent, Trump actively keeps away media and classifies them as “fake news media”.

Trump is also very keen to use his Twitter account to fire up his base, live and unfiltered, leaving journalists – and the rest of Washington – scrambling to make sense of them. (I can’t count how many journalist tweet’s I’ve seen over the past months that just said: “Trump is tweeting again”.)

Hard to believe that with 24/7 #Fake News on CNN, ABC, NBC, CBS, NYTIMES & WAPO, the Trump base is getting stronger!

How much longer will the failing nytimes, with its big losses and massive unfunded liability (and non-existent sources), remain in business?

The big bet: going all in on direct communication

But in this reasoning lurks a contradiction. In communication theory terms, Macron and Trump bristle at the media’s power to “set the agenda“, the media’s ability to define the conversation as well as the tonality of that conversation (positive or negative, or just “meh”).

At the same time, they seem to doubt this agenda setting power, by questioning whether media are relevant at all today.

It would be interesting if they succeed. That would mean that you can build and sustain a reputation without having to negotiate the sometimes difficult relationship with journalists and media. This would have huge implications for politicians, but also for brands and organizations. It would mean that you can “set the agenda” with (sponsored) posts on Twitter, LinkedIn or Facebook and without the sometimes distorting filter of a journalist or opinion maker.

To be sure, it would make the job of the communication department and PR agencies a lot easier. Pick the right key messages, wrap them up in some storytelling and then boost the message until you reached a sufficient part of your target audience.

Lessons and considerations for brands

The question is whether it’s realistic to think it will work. We think it doesn’t, and it won’t, for the following reasons.

Media will keep setting the agenda, because the death of mass media has been greatly exaggerated. Relative to the audiences of even big influencers, they still have huge audiences and credibility.

Despite rumors to the contrary, they still have a large impact on millennials too. Millennials may not buy subscriptions to traditional media, but they do follow “hard news” topics and count on their friends and contacts to point them to hard news sources. These sources will be overwhelmingly from mass media players (digital or otherwise).

So the media still have the audiences, and creating an audience as large and diverse as can be reached through the media landscape will be a forbiddingly expensive exercise – if not impossible – for any business or organization.

2. Media will keep setting the agenda – with or without you

More importantly for reputation management purposes, it’s not because the media don’t exist to you that you don’t exist for them.

Even if you bypass them, media will keep writing about you and your industry.

Rather than standing passively aside, media will up the game by switching to active “muckraking” about you. (Muckraking: the activity, especially by newspapers and reporters, of trying to find out unpleasant information about people or organizations in order to make it public)

This muckraking or backlash effect is well known and studied in CSR communication.

Your messages are not infrequently exposed to a reinterpretation that is opposed to their intended one. From this perspective, communication is not merely a matter for the (politicians or companies) themselves, but the result of a complex communication process in which other agents such as experts, NGOs, and the media also intervene.

The New York Times added hundreds of thousands of subscribers because of their stated intention to muckrake the Trump presidency. The new digital media player Axios is thriving, largely because it is so successful to find leaks in Trumps White House.

And the muckraking is working.

“Chaos”, “turmoil”, “strife”, “war”, “embattled” are the words that today define Trump’s presidency in the mainstream, despite Trumps ability to reach millions of followers. Trump still often succeeds in picking the topics of debate (agenda setting level one), but his ability to influence the narrative and his own reputation through it is clearly waning (agenda setting level two).

It’s naive to think that media don’t know their own power or don’t know how to use it to make or break reputations.

This is an important lesson for brands. Digital, targeted communication like we can create today is helpful to support a corporate communciation campaign and to get out your facts.

But there is no evidence that it can replace editorial content in creating reputations.

On the contrary, what evidence there is, suggests that stakeholders will look at your sponsored Tweets and consider them as credible as other advertising. That is, not very credible. (Read more on reputation building through earned media)

It seems that the audience instinctively understands that journalists are highly networked, and at the very least are accurate in communicating sentiments and opinions about you in that network. In other words: media are the referees of the reputation game.

If Axios reports that the Trump presidency is in trouble, there is a grudging acceptance that Axios probably accurately captures a sentiment that lives in a large part of the Washington “graph” or network. It’s this scorekeeping function of media that you can’t hope to replace through an owned-shared-paid program.

By not actively trying to influence Axios (and other mass media) through compelling and credible storytelling, you’re handicapping yourself.

What brands can learn from this

Let’s see whether Macron was just calling a hundred day time out with media, or that this is actually the new Emmanuel Macron. What do you think?