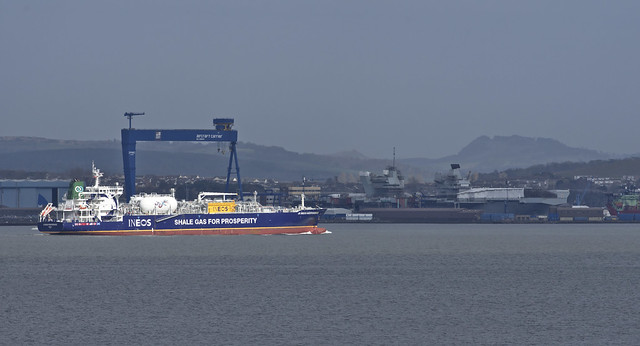 This piece originally appeared as an opinion piece in the Belgian business newspaper De Tijd.

For years, stakeholders (through activists) have been denouncing the “limits of shareholder capitalism” – and recently corporate America publicly agreed with them.

The Business Roundtable, a club of top CEOs, revised its “Principles of Corporate Governance” by shifting away from shareholder primacy towards a new vision of a capitalism that exists for the benefit of “all stakeholders”:

“While each of our individual companies serves its own corporate purpose, we share a fundamental commitment to all of our stakeholders.”

But what does it mean? The case of Ineos in Antwerp (Belgium) sheds light on what’s in store for companies as they work closer with stakeholders. And it shows is that stakeholder capitalism will not necessarily be easier.

The Ineos case: when stakeholders can’t get aligned internally

In short, Ineos wanted to expand its plant in the Antwerp port. In order to do that, it would have to destroy a small wood which had grown on a plot of land that was designated for industrial use. Ineos followed best practice and involved local stakeholders to avoid reputational damage. It worked with Natuurpunt, a local NGO, to look for a good spot to create a new forest as compensation for the woodland it would destroy. For good measure, Ineos wrote the NGO a check for almost € 180k. So far so good.

Unfortunately, some of the members and volunteers of the NGO took offense and started to publicly denounce Ineos for destroying the forest – and for “cutting backroom deals” with the NGO. IN the slipstream of this reputational damage, some 30 other NGOs and activist groups lodged complaints against the planned expansion of the plant and generally against Ineos and the chemical industry.

Ineos was forced into a crisis communication mode because of an internal dispute at an NGO – it’s certainly a first. But somehow, it’s oddly fitting for this new era of “stakeholder capitalism”.

Stakeholder capitalism: who will guard the guards?

Oddly fitting because there’s a paradox in this idea of stakeholder capitalism. On the one hand, stakeholders – either through NGOs or other activist organizations – have never been so influential.

On the other hand, you feel that in recent years activists and NGOs have increasingly had to answer for the use of their – sometimes considerable – power and influence. From WWF to Oxfam International to numerous smaller groups: increasingly the “good guys” seem bogged down in reputational crises of their own.

These two trends seem contradictory, but they are not. With great power comes great responsibility, after all.

That is what some groups are experiencing , and what they are struggling with. If stakeholders help to determine the strategy of companies, then other stakeholders will also call them to account on that strategy – and not on roaring mission statements.

“If your stakeholders are inconsistent, your reputation will suffer. If they quarrel with each other, likewise.”

Stakeholders are sometimes portrayed by companies and governments as “difficult people” – now they themselves are experiencing reputational difficulties. After years of calling companies to account for their reputation, stakeholders and activists will have to protect their own reputation and legitimacy more actively.

This is not primarily a matter of communication. Communicating a praiseworthy vision without putting it into practice has a name: greenwashing (and recently: wokewashing).

Companies have been called to account for this for decades, and are beginning to learn this lesson.

But not all stakeholder groups and activists have already adapted their internal management to a new reality in which they are accountable. This was the core of the conflict at Natuurpunt, and its own members and volunteers feel the same way. The organisation was caught in a contradiction that the public doesn’t accept anymore from companies or public powers – or from activist groups.

Ineos has the dubious honour of being the first to notice that this new era of stakeholder capitalism is not necessarily a walk in the park for companies.

Schadenfreude at the fact that activists are increasingly under the microscope would be out of place.  Because the Ineos case clearly shows that by offering activists and stakeholders a seat at the table, companies effectively take responsibility for the reputation of those stakeholders.

If your stakeholders are inconsistent, your reputation will suffer. If they quarrel with each other, likewise.

Companies will therefore have to clearly delineate with which groups and organisations they will or will not enter into a dialogue, how they shape that dialogue and how the final decision will be communicated. And who knows: occasionally stepping in with some crisis communication to help the stakeholder out of a reputational mess.

We all agree that “the stakeholder” can join the table. Now we have to agree on who is a legitimate – “real” – stakeholder and who is not.