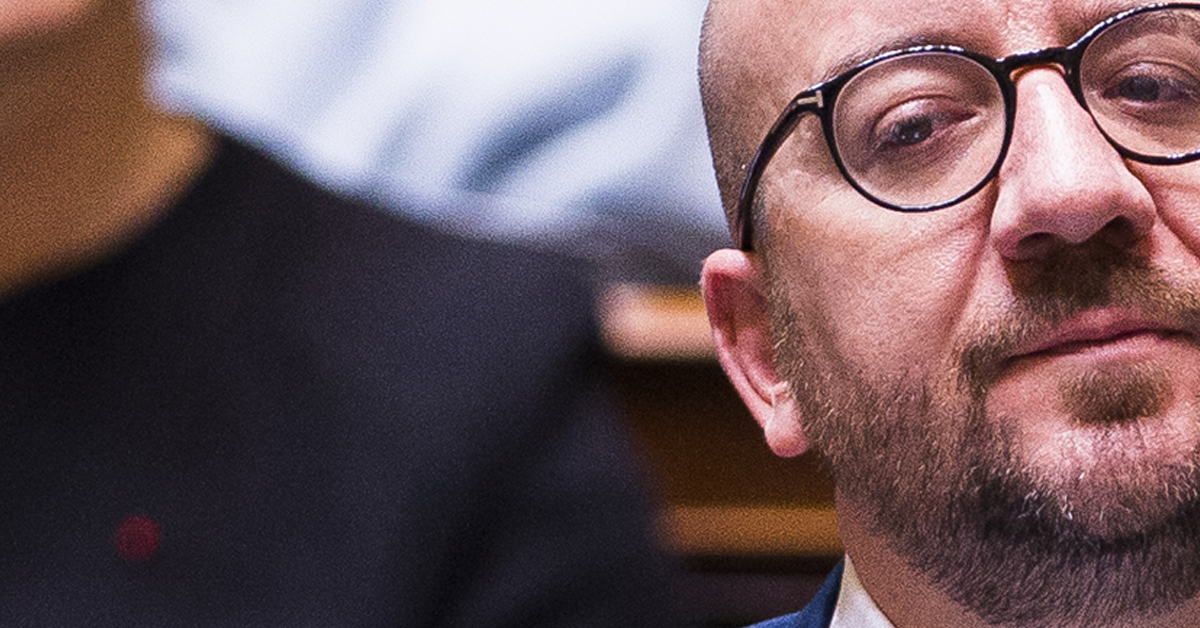 The 35 (!) techniques politicians use to avoid answering interview questions

People often say that politicians never ‘tell it like it is’. This is an important part of what draws people so strongly to populists like Trump. They take pride in the fact that they do not let themselves be muzzled by ‘political correctness’, as opposed to the aloof, carefully weighted discourse employed by professional politicians.

But is it true that politicians always keep their cards as close to their chests as possible? According to several researchers in the field, it is.

British communication expert Peter Bull has been studying the communication habits of British politicians for decades, a job that obliges him to watch political interviews for hours on end.

Through patient tallying and categorisation, he has come to distinguish between at least thirty-five (35!) techniques that politicians use to evade questions posed by journalists, a practice that he has dubbed ‘equivocation’. The closest definition of this term would probably be ‘a refusal to commit’.

For those of you who are interested: there are twelve main categories, which can be subdivided as follows:

It cannot be denied that this is an impressive list indeed. For the sake of completeness, Bull also identified the most popular evasion technique among these 35. The one that came out on top was, without a doubt: ‘Attacking the question’.

This habit is favoured not only by British politicians, as our own studies examining a number of recent political interviews in Belgium have revealed.

British communication expert Peter Bull has come to distinguish at least thirty-five (35!) techniques that politicians use to evade questions posed by journalists, a practice that he has dubbed ‘equivocation’. The one that came out on top was, without a doubt: ‘Attacking the question’.

Here is an interview with the Prime Minister, Charles Michel, talking to Wim De Vilder about the most recent budget cycle.

Or what about this interview with Wouter Beke by the VRT – featuring a relatively unusual example of a politician attacking a question because it is inappropriate (‘An attack? I experienced a genuine attack at my office a few months ago!’)?

We certainly don’t want to keep this one from you:

Another interesting question: why are politicians so disinclined to answer interview questions?

Bull claims that this may have one of two reasons: either politicians are rather evasive creatures by nature, or it has to do with the types of questions being asked. Perhaps politicians are ordinary people too, and display equivocal behaviour when faced with a difficult question.

They do not respond any differently than we would, says Bull, when given a sweater on Christmas that we actually think is hideous. You would never say: ‘That’s horrible: I’ll take it back to the shop tomorrow’. Instead, you would say: ‘Thanks for the sweater, I love it.’

In scientific terms: people behave equivocally when they find themselves in a situation of ‘avoidance-avoidance’: when there is absolutely no pleasant way of answering but an answer is required.

People do not want to lose face, says Bull, and in this way, politicians are no different from us: when faced with a situation in which every answer will lead to a loss of face, they prefer not to answer at all.

Politicians, it appears, can lose face in at least thirteen different ways.

Thirteen ways in which politicians can lose face

(Note how atypical Trump’s candidacy was when seen from this perspective! He would likely achieve a score of 13 out of 13 on this list.)

Confronted with questions that could possibly lead to a loss of face, politicians prefer to choose the lesser evil: not answering the question at all.

Bull even suggests that we could organise a scoring system for politicians and interviewers based on his research, incorporating parameters such as:

Can interviewers be held accountable for this?

Or is the media to blame? Actually, they are.

Confronted with questions that could possibly lead to a loss of face, politicians prefer to choose the lesser evil: not answering the question at all.

In one of his studies, Bull catalogued 557 questions posed by political interviewers. At least 40% of the questions asked could be categorised as ‘avoidance-avoidance’, i.e. those in which the interviewer consciously tries to pose the question in such a way that the politician is unable to answer without suffering loss of face. (This interrogation technique is a type induced by their professional training – I have personally put thousands of this type of questions to politicians, magistrates, artists and occasionally even a Miss Belgium – Ed.)

Take another look at the interview with Wouter Beke: every single question – 100 per cent of them – can be classified as ‘avoidance-avoidance’.

This is a self-fulfilling prophecy: journalists assume that politicians will not answer, and therefore pose ‘avoidance-avoidance’ questions, many of them formulated in such a way that they can only be answered with a ‘yes’ or a ‘no’.

The politician responds with an evasive answer. And then the journalist will try even harder to corner the politician. Which brings us back to where we started.

It is striking, nevertheless, that politicians score much higher when responding to questions asked by the general public. These tend not to be ‘avoidance-avoidance’ questions, because it takes a great deal of practice to formulate these spontaneously. Where the percentage of ‘impossible’ questions posed by professionals is between 40 and 60 per cent according to the scores kept by Bull, only 20 per cent of all questions stemming from the general public could be defined as ‘impossible’.

The extent to which politicians answer these questions is proportional to the above figures: only 47 per cent of all questions posed within the context of a political interview are given a concrete answer. However, when these questions originate from the general public this is 73 per cent, according to Bull.

There is certainly some truth in the hypothesis that neither the general public, nor the politicians, nor the interviewers benefit from questions formulated this way. The ‘hard’ interview is, above all, machismo – a perfect stage on which the senior reporter or editor-in-chief can play the starring role.

What should we remember?

Only 47 per cent of all questions posed within the context of a political interview are given a concrete answer.

Be sure to read this article, which recently appeared in The Guardian, in which a journalist allows herself to be interviewed by Peter Bull – and fails miserably at evading questions.

It would certainly be interesting to hear what political journalists and spokespeople have to say about this: what is your opinion?