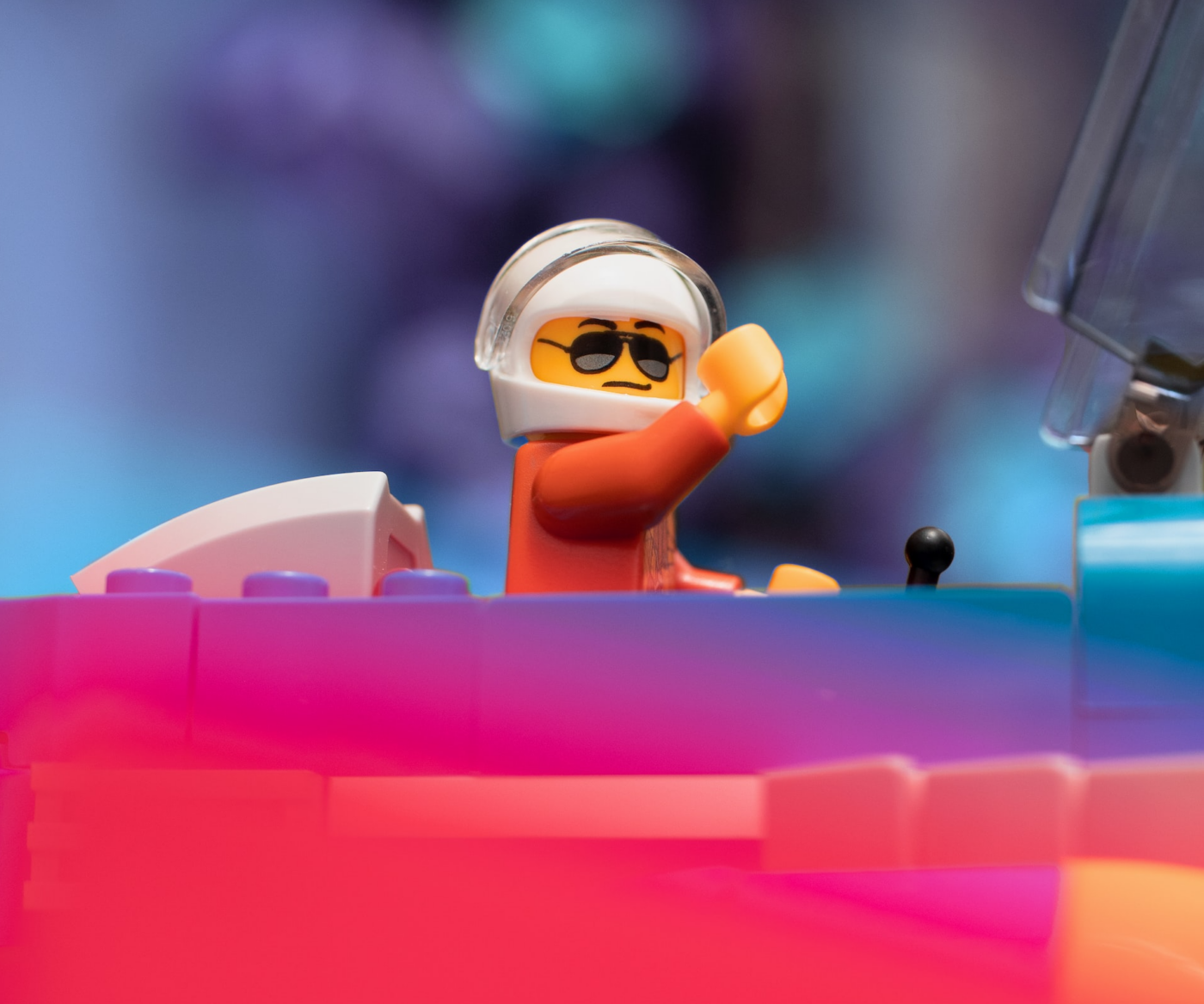 Looking at our clients, we see the same trend in a lot of industries: almost all of them are trying to go towards a “single customer view” – the ability to identify and engage with customers across all channels: online, offline and everything in between.

In banks, single customer view has been a holy grail since before the financial crisis. After the crisis it became part of regulation, since policy makers considered a single customer view essential to prevent a new financial crisis. Banks have plowed huge resources into the ability to consistently identify customers across different channels. The same goes for utilities. A whole industry of big data solutions has sprung up to serve this need.

Retail chains are making strides to integrate their “clicks” and their “bricks” before Amazon or Coolblue eat away their entire customer base.

In a completely different industry, Lego promotes the idea of “One Reality” to its product developers. Children don’t distinguish between digital and physical play, so neither should a toy maker, is the reasoning behind it:

Future Lab research has shown that kids no longer make meaningful distinctions between digital play, like Minecraft, and physical play, like ­snapping together a Nindroid MechDragon (a half-robot, half-pterodactyl ninja nemesis, obviously) out of Legos. It’s the basis of Future Lab’s ongoing brief, called “One Reality,” which emphasizes novel hybrid digital-physical Lego experiences that typically involve playing with a set of bricks alongside a piece of software running on a phone, tablet, or computer.

All these things have one thing in common: the realisation that stakeholders don’t distinguish between online and offline. They are part of the same reality for the stakeholder. What’s strange is that in corporate communication and PR, we don’t see a big push towards a similar idea of “single customer view” or “one reality”.

Instead, we see a lot of “social monitoring tools” that completely disregard the analog world on the one hand, and on the other hand PR agencies touting their “360” or “digital” expertise, as in: we can deliver “360°/digital/social campaigns” for you.

The thing is that a three sixty approach is in some ways directly the opposite of a “single customer view” or “one realilty”.

Three sixty divides the world into channels, rather than identifying influential individual nodes in the network. The 360 worldview sees the following channels, among others:

It is very much a siloed view, and it doesn’t take into account the fact of the “one reality”. It looks at the means and the channels, rather than the goal: to find, engage and persuade individual stakeholders.

A 360° campaign treats all these channels as siloes that need to be saturated with a message. It’s not concerned with questions like: who will seed and spread our message and why? It’s also completely disregarding the perspective of the stakeholder. Even though it uses social networks that are made for peer to peer (human to human) communication, it treats them like a one way pipe for a message blast.

Like the tv ads of old, the 360 campaign wants to reach a maximum number of eyeballs in the shortest possible timespan. It’s a brute force attack on a network.

While we understand the need to go for maximum reach in some instances, as a model for stakeholder management, the 360 campaign seems un-PR-like, because it focuses on channels rather than on individuals and their relationships with the world. But if corporate communication does not take into account the stakeholders and their perspective, how will it ever be successful?

A more PR-like approach to the new “one reality” would allow the corporate communication or PR department to continuously track (individual) stakeholders across all channels, and also keep track of the alignment between stakeholders (individually and in segments) and the organization.

The question is: what should this Single Stakeholder View look like? We’ve been discussing that with clients and internally over the last few months, and so far we’ve identified the following attributes for a single stakeholder view (please share your ideas and feedback):

It should approach the world through the individual

Networks consist of individuals. Behaviors, attitudes, information and power flow through networks because of the actions of individuals. A static segmentation of stakeholders in high level categories such as “keep informed”, “manage closely” – is useful, but not enough to inform a true “single stakeholder view”.

Rather, the network should be mapped in quite some detail on the individual level. It should allow for on the fly segmentation, depending on the need of the organization to engage with different kinds of stakeholders at certain times. A crisis is different from a marketing announcement, and is different from the quarterly results or a merger announcement. In a lot of organizations, these groups are siloed in different systems (investor relations, crisis communication plans, media relations). Instead, organizations should create a single stakeholder list that allows corporate communication departments to quickly filter and target the right stakeholders.

Difficulty: easy. This is basically what every CRM offers.

It should map the channels that the stakeholder can activate

Instead of focusing on channels where stakeholders are present (today’s approach), we should look at the different channels an individual stakeholder can activate.

These include “owned” channels like Twitter, Facebook, LinkedIn and Instagram, but also: speaking opportunities (conferences), business clubs, board positions, relationships with influencers, and even media channels in case the stakeholder is a journalist or thought leader.

Difficulty: easy. It builds on the “CRM”, with some added functionality.

It should be continuously updated and dynamic

The relationship with a stakeholder is dynamic.

The stakeholder is either becoming more aligned with the organization, or – because of the law of entropy – they are becoming less aligned. Therefore, the Single Stakeholder View should allow to keep track of alignment of all the stakeholders continuously (if not in realtime).

Difficulty: medium. It requires constant curation from the corporate communication department. The result will be a metric of “alignment” that is partly based on quantitative and qualitative assessment (did stakeholder X react to our latest messages or not, what have they said about us in media or online?) and part on a periodic reputation tracking survey.

Therefore, a single stakeholder view should take into account the relationships that exist between the organizations members and the external stakeholders.

Difficulty: medium to high. It’s close to the idea of “social selling”, which means that you plug the entire organisation’s network into an network analysis tool, and combine the networks to find opportunities to connect and engage stakeholders. The question here is how happy employees will be to offer a deep insight into their network for the benefit of the organization.

In some ways adding the “team level” or “organization level” is a logical next step for platforms like LinkedIn (if only to differentiate from Facebook). If we believe that a team is stronger than an individual, then it makes sense to use technology to visualise the strength of the team network, rather than just the individual networks.

Difficulty: medium. There are currently a few “social selling” tools on the market that might be repurposed for this.

It should integrate both online and offline influence on the stakeholder’s network – the latter metric probably crowdfunded.

While there are a few startups working on attributing “influence” to individuals based on their online activity, we know of no tool that integrates both online & offline “influence” for stakeholders. The offline influence rating for a stakeholder would probably need to be crowdsourced.

Recently, Peeple introduced the idea of crowdsourcing people’s reputation – I haven’t seen anything that does the same for influence.

Difficulty: high. You would need a lot of data points to arrive at a credible rating of someone’s offline influence. Also, as Peeple shows, people will not necessarily love the idea of being “graded” by their peers.

Also, it’s worth noting that in a lot of legal systems, you can be forced to hand over any and all information that you store in a database about someone (potential embarrassment for the organization), and allow them to correct the information.

Here, too, we see a few startups that are working on a “tribe analysis”, but it’s unlikely that an online tribe analysis is comprehensive enough to grasp the subtle and always shifting nature of someone’s network. With some of your friends, you might have a purely text message and phone relationship – which wouldn’t show up in a tribe analysis that accesses public information on social networks.

People who are in the same sports club as I and who are also on the board of an organization with me will probably have more influence on me than people that I’m merely following on Twitter.

Difficulty: high. While ideally, you would also crowdsource this – within the organization itself or across multiple organizations – there are privacy considerations. While a crowdsourced qualitative “influence” score can be confronting for the individual, logging and indexing their private offline activity (such as club memberships and friendships) seems fraught with privacy concerns.

We’re very curious to hear your insights! Please share your ideas about the “single stakeholder view” with us in the comments, or via Twitter @kris10vermoesen, @rafweverbergh, @FINNbe

An early version of this post was read by Paul Stamsnijder of Reputatiegroep.nl, who was kind enough to offer suggestions to improve the text (of course, he is not responsible for any errors or stupidities in the post!)