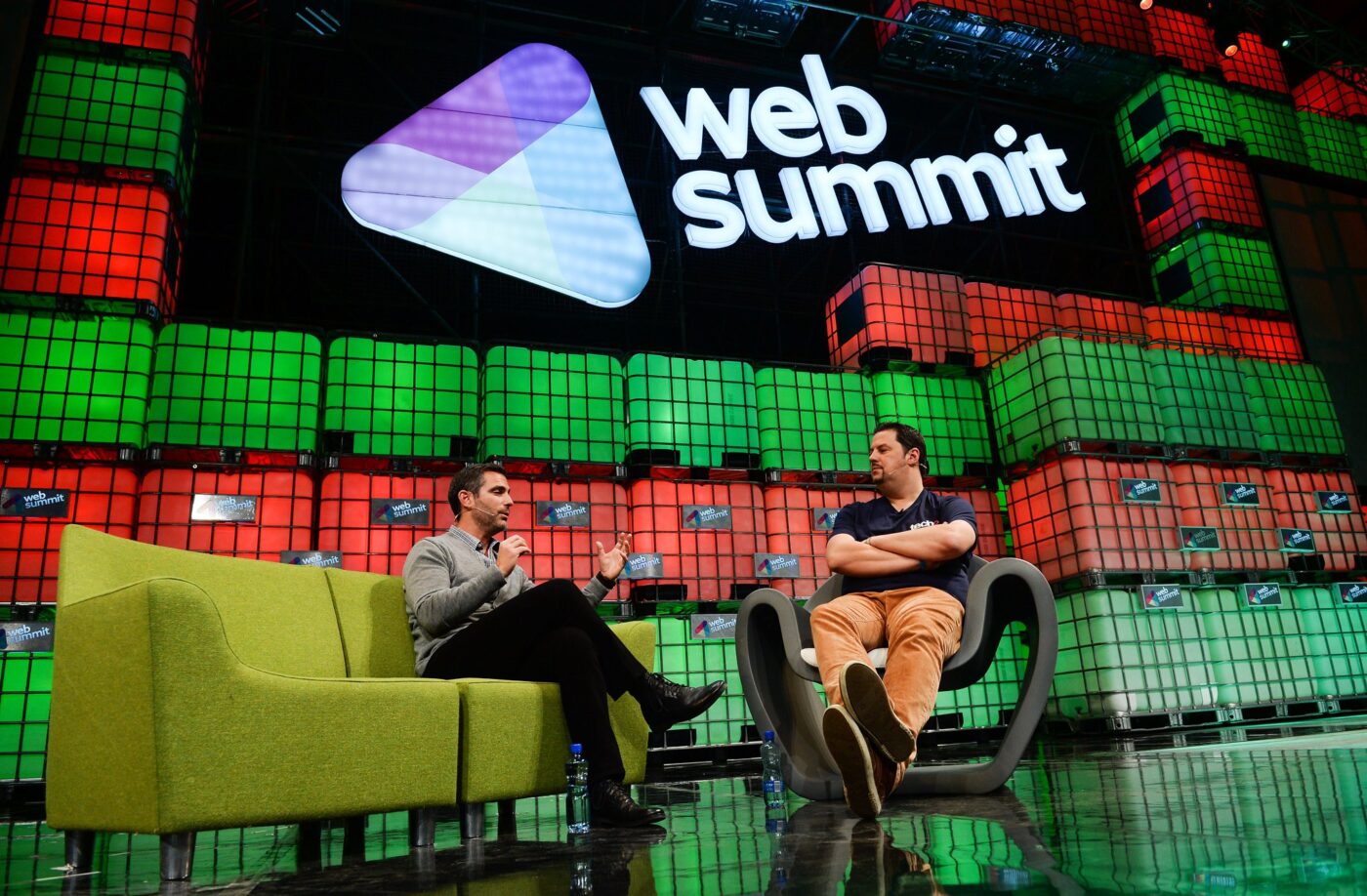 Since 2011, FINN tracks the presence of Belgian journalists on Twitter. For those interested in why we track this and how we went about to create this ranking, you can find our full methodology at the end of the blog. (The short version is: we like lists, we try to do a good job making them, and we think they are a fun way to learn something about our profession.)

First, this year’s winner (@robinwauters of The Next Web) is not really a “new” entry in the sense that he was already huge on Twitter last year, but we didn’t rank him then because we considered him somewhat hors catégorie. We didn’t think it was completely fair to the others to include him, since his audience is international, where most Belgian journalists work for the Belgian or Benelux market. We may have been mistaken there, as some people pointed out to us. Robin Wauters is truly a new breed of journalist, a global influencer for an audience of startup and tech enthusiasts.

We also think journalists like Robin Wauters will emerge more than they used to. We see a trend of Belgian media professionals who get into international journalism programs or who start to work for international media in the US like Peter Vanham (Financial Times, Philadelphia Enquirer, Business Insider), Ezra Eeman (VMMa), Tim Verheyden (VRT) or Stijn Debrouwere (now at The Guardian). It’s almost a given that one or more of these or their successors will move on to careers at global media like The Guardian, NYT or The Economist.

This is in step with the trend of Anglo-American media to become more global news brands: The Guardian is moving aggressively into the US, while Forbes is acquiring more and more European readers.

A more traditional “new entry” is made by Tom Lievens (Apache) who moves into the top 10. And a special mention should go to Jan Demeulemeester (VMMa), who appears in the top 25 for the first time.

2. We have not reached “peak Twitter” (at least not yet)

When people join Twitter, they quickly add a lot of new people to their stream. But once follow between 200 and 1000 people, they stop following others. From that point, they will prune their list by removing Twitterati who are no longer interesting to them, while occasionally adding a new one.

All this suggests that one of these days, the growth graph of Twitter followers will flatline. But we aren’t there yet: journalists from last year’s top 100 saw their follower count increase with 50 % (give or take – we don’t have numbers for all of them), from 4405 followers on average to 6633 followers on average.

And a select few journalists are still getting new followers like it’s 1999 (well, 2007), like @goedelewachters, @ninaverhaeghe (whose bio reads: “watch out or I’ll tweet”) and @riadh_b. Special mention should go to @pvdmeersch (last year’s winner), who managed to add another 20 000 followers to his already impressive legion of 20 000 followers. (If Twitter adds a paywall function some day, Vandermeersch might be able to live off his tweets.)

Note that the VRT crushes everyone in this department – but also noteworthy is the good showing of Le Soir (Béatrice Delvaux and Véronique Lamquin).

We’re curious to see how this will evolve.

3. At the same time, it’s VERY hard to catch up with the early adopters

But while it’s still possible to add a decent number of followers (especially if you’re on TV), it is very, very hard to catch up with the early adopters.

This early adopter effect is also a cautionary tale for people who prefer to “wait and see” about new communication tools and networks.
Early adopters of social media were able to reap rich rewards by being ahead of the massive influx of users on the social networks. This isn’t true just for journalists or individuals, it also goes for brands. Media brands like Huffington Post, Mashable and Business Insider were able to grow quickly and strongly thanks to being the first to figure out how Facebook and Twitter essentially provided free distribution for them. Today, new media brands have a much harder time to grow, while the powerhouses still grow nicely.
You can see this even in a small microcosm like the Belgian journalists. While the top 100 still showed strong growth (see higher), the top 25 saw an even stronger increase in Twitter followers, from 4287 to 8113 in 2013.

So if you’re a brand or a journalist that starts on Facebook, LinkedIn or Twitter today, it will be hard to understand the enthusiasm (“all this hype”), because it will be a long and painful slog to acquire some reach.

The good news is that networks like Google Plus or Vine (or Soundcloud) are still emerging and growing. The low hanging fruit was harvested, but you can still make quite a splash on more focused channels. This is one reason why every brand should consider being an early adopter of a new communication channel – there is the possibility of wasting your time, but if the network goes on to join the big leagues, you might be able to surf on that success.

Last year, we could still write that people like Kathleen Cools made a very strong showing while not using Twitter very often. This year, the entire top of the ranking are without exception heavy Twitter users. Cools falls to 25th position with her 2000+ tweets. Michaël Van Droogenbroeck, who impressively doubles his number of Twitter followers to more than 8000, drops in the ranking to 170th place with only 900 lifetime tweets.

To make it into the top 10 today, at least 3800 tweets (@cauwelaert) are required today. Fame is no longer enough to maintain a strong position in the list. On the other hand merely working hard and sending tweets isn’t enough either – maybe with the exception of Tom Lievens, who has ‘only’ 2061 followers but managed to send 52 331 tweets.

Still, in general we would say that today you need a healthy dose of fame AND hard work to become a really influential Twitter user (as we already said last year: Twitter increasingly resembles the real world). It might not be fair, but hey: nobody promised you a rose garden.

We make this list both because it teaches us something about media and about Twitter (and other social networks) – the things that we help our clients with, and things that we want to have a deep understanding about.

Because we know that lists and rankings are things that people love to read about and talk about, we decided to publish a ranking showing which journalists are the most influential on Twitter and thus the most “important” for brands to track.

Last year, we tried – as well as we could – to rank the Belgian journalist community on Twitter by using Klout and extracting the Facebook, WordPress and G+ scores manually from it, based on the percentages that Klout provided at the time (Klout stopped providing the breakdown per social network since).

The experiment wasn’t a complete success, as we wrote at the time. We felt that some journalists were punished too severely for their strong Facebook presence. On the other hand, the process managed to filter out the handful of journalists whose very strong Facebook presence threatened to tilt the entire list. Since there were only a handful (maybe 5 or 6) of these, we decided we could live with the results.

This year, we consulted Mehdi El Fadil of Mango Information Systems, who is specialized in mapping Twitter presence. He provided us with an approach that solved the “Facebook problem”. First, we compared Klout scores with the scores of Klout competitors. We noticed that Kred scores (which only take Twitter into account for the score) correlate strongly with Klout scores (see image).
Mehdi El Fadil: “This means that Kreds way of scoring Twitterati is very, very close to how Klout operates – but without awarding a score for Facebook. We can safely assume that where Klout and Kred diverge, it is due to the Facebook/Wordpress/Instagram… presence of the journalists. ”

You will also notice that the list is almost 1500 people long. Previously, Twitter lists were capped at 500. Now, you can put 5000 people in a list, so we aggregated just about any Belgian list with journalists (again, thanks to @davanac, @fdgraeve, and countless others), eliminated duplicates and voila: we think we can present you with the definitive list of journalists on Twitter, counting almost 1500 journalists.