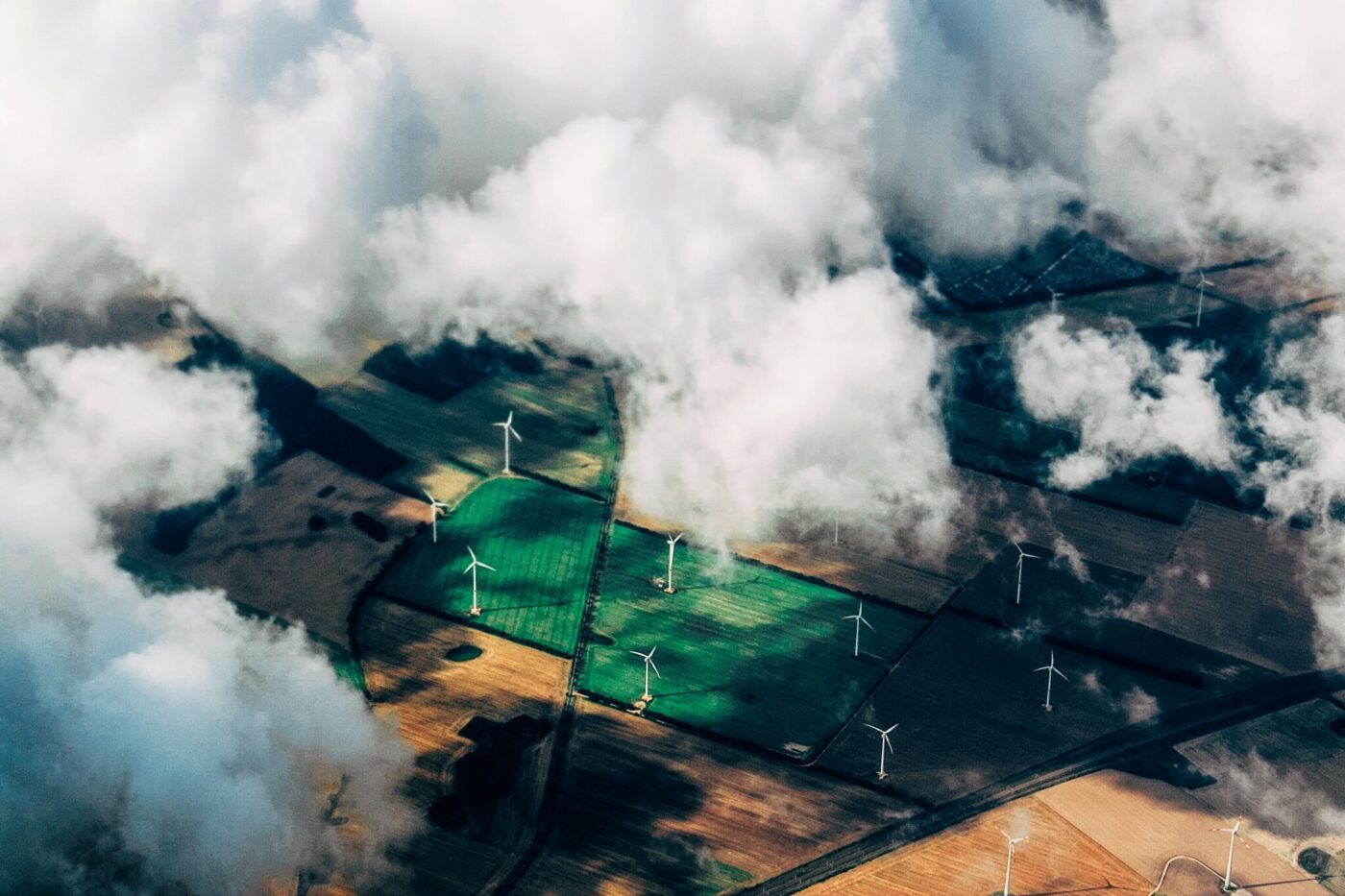 The moral trap: how CSR can damage your reputation

CSR (corporate social responsibility): is it a blessing or a curse for a business?

New research from the University of Zurich provides some interesting insights. But first, let’s roll it back a bit to the discussion that has already been happening in corporate communication for a number of years about the point – or lack of point – of CSR communication.

What believers in CSR think

This is what believers in CSR think:

“Corporate social responsibility (CSR) and communication about CSR is important. It contributes to a better reputation, and protects businesses in times of crisis.”

It sounds logical, but is it correct? Some reputation specialists think not. They talk about the paradox of CSR:

“Businesses are encouraged to talk about socially responsible entrepreneurship, but if they do that, they evoke scepticism from the media.”

Worse, some speak of a ‘moral trap’ that you are better off avoiding. Their reasoning is as follows:

“Media prefer to write negative messages than positive messages. By communicating about CSR, you not only set the bar higher for yourself, but you also get little media attention and in the worst-case scenario you can even evoke negative reports.”

Without a doubt, NGOs, pressure groups and media are happy to ‘muckrake’ nowadays: they increase their profiles by closely examining claims from businesses and do not refrain from publicising their own interpretation of your message. (True story).

The practical test: 1-0 for the sceptics

But what is it like in practice? That is what the researchers from Zurich wanted to find out. The team collected reports from three Swiss banks between 2004 and 2012. They named the first period, 2004-2008, the ‘pre-crisis’ clippings. The second period covered the years during and after the financial crisis.

The central question for the researchers was the following: what importance has CSR in news articles about the banks, both quantitatively and qualitatively? And what is the difference between reportings done before the crisis, and those during and after the crisis?

Their findings are a big disappointment for CSR believers.

It starts back in the period before the crisis (2004-2008), when everything was still going well for the Swiss banks. At that time, banks were one of the undisputed cornerstones of the country’s economy, together with watches and chocolate. The economic reporting about banks was positive at that time (though not hugely positive, it must be said – see figure).

The good corporate economic performance did not however, lead to positive reporting about the Swiss banks’ CSR. In fact, the reporting about CSR by the banking sector was overwhelmingly negative in the years before the financial crisis.

Furthermore, as co-author Daniel Vogler explained in an e-mail to FINN, there is little room in the reporting for CSR communication from the businesses themselves:

“We see very little attention given to the CSR initiatives from banks. The reporting about CSR is primarily about the overall ‘citizenship’ of banks in society.”

During and after the crisis, the researchers observed two notable shifts. Firstly, there was significantly more written than before about the (lack of) good citizenship shown by the banks. Secondly, the tone became noticeably more negative.

According to Daniel Vogler:

“The news about banks moved to ‘more expensive formats’ such as columns and interviews, because the crisis and the banks’ damaging behaviour was seen as a subject of interest for readers. Consequently, the media began to invest more in these sorts of articles. For the same reasons, we see that the articles more often appeared on the front pages, instead of in their customary position on the business pages. Check out the extreme example on one particular cover of the New York Post.”

“(…) So the media switched from a ‘normal’ reporting pattern to a crisis pattern. Usually, the financial reporting follows the rhythm of the annual and quarterly results, interspersed with news coming from the organization (e.g. takeovers, CSR initiatives). In a crisis, the media does its own research and publishes stories without waiting for the businesses’ own input.”

It seems that there is something like a ‘moral trap’ around CSR: media are generally not too keen to write about corporate social responsibility, but they are happy to cite it during times of crisis.

Does that mean that you should sideline CSR? No, it’s not that simple. Almost all experts in the field agree that CSR is an important foundation for a business’s reputation – so you can’t just ignore it. However, you have to be aware of the danger of falling into the ‘moral trap’.

Here are 7 recommendations to correctly insert CSR into your communications and reputation strategy (based on Eisenegger & Schranz, 2011, ‘Reputation Management and Corporate Social Responsibility Handbook’)

1. Work on a generally positive reputation

Businesses often want to develop a CSR initiative at high speed in order to marginally improve their negative reputation. One of the favoured tactics is to make a donation to a charitable organization. However, research shows that this has little or no impact.

Moreover: the reputation of your competitors plays a role here. Sectors with a generally bad reputation can have a negative impact on the CSR initiatives of individual businesses. As Eisenegger & Schranz put it:

This is also supported by the findings from the reputation research that FINN has itself conducted on behalf of clients: journalists and stakeholders differentiate much less between different players than you would think. If your communications strategy is focused on making occasional attacks on your competitors on Twitter, you should rethink it. It is better to work at the sector level to improve the reputation and practices within your sector.

“If your communications strategy is focused on making occasional attacks on your competitors on Twitter, you should rethink it.”

As we have already said: stakeholders look upon CSR initiatives with a great deal of scepticism. Therefore it is almost impossible to score quick wins. The media are either not keen to write about such initiatives as they are seen as “greenwashing”, or they spontaneously offer an interpretation of your initiative that does not match with your intentions.

Thought: if your act of altruism is accompanied with a press release, maybe it’s not all that altruistic.

As a result, consumers can barely answer questions about businesses’ CSR initiatives. One thing is thus clear: CSR and communication about it are long-term projects.

3. Don’t be too arrogant

NGOs and other players from civil society are happy to use your communication to give their profile a boost while simultaneously calling your communication into question. So is it better to abolish all CSR initiatives and to stay silent? No.

A useful strategy is to mainly use your CSR reactively. This involves creating well-grounded messages that you can use at any moment to react if NGOs or civil society organizations direct criticism at you.

Because NGOs gradually lapse into very predictable calendars for their communication, we advise you to be particularly mindful during moments when the news cycle is at its lowest: during the midsummer lag, these sorts of issues can suddenly become very prominent in public opinion (and on the political agenda).

For messages reacting to attacks by stakeholders, there are interesting tactics, such as inoculation.

4. Ask your friends for help

Research shows that indirect communication regarding CSR is more credible and generates less scepticism. CSR communication must therefore be looked at alongside your stakeholder engagement plan.

Try to generate credibility with commentators and experts. You can also work on relations with NGOs and civil society organizations that express confidence in your business and CSR initiatives or in your organization’s principles.

5. Involve your employees in CSR

CSR efforts that are primarily communicated by your staff are better for your reputation. So look for ways to involve your team or even to give them a central place in your CSR communication. If you don’t, stakeholders may get the impression that CSR initiatives are just hot air spouted by your organization’s management.

Here, the opposite of what we normally advise for communication – for the CEO  to be the spokesperson – applies. For most subjects, stakeholders tend to consider the CEO as the most reliable voice from an organization. But for CSR this is not true. Stakeholders are more likely to see CSR efforts as genuine if they are publicized by employees throughout the business.

6. Be transparant about your intentions and your motives

Today’s general public is not naive: they are well aware that a business takes certain initiatives because they fit inside a wider strategy – and that the strategy is also based on self-interest.

This is OK, however. As long as a business communicates openly about this, it has no negative impact on its reputation.

“The fact that businesses act in their own interests in their own CSR initiatives has no negative influence on their reputation. Consumers see this as legitimate. But you do have a negative effect if you try to disguise your own interests.” (loc. 4152)

7. For multinationals: Europe is not the US

This is an important point: there are significant cultural differences that have an influence on the perception of CSR initiatives – particularly when it comes to philanthropy.

In more liberal economies (primarily the Anglo-Saxon countries such as the United States and the United Kingdom), business philanthropy is seen as perfectly legitimate. In these cultures, the government is smaller than most in the West European welfare states, and the private sector often takes it upon themselves to support the most vulnerable in society. In other words, the business world is expected to lend a hand.

However, in Western Europe, “good causes” are seen as a core task for the government, and the private sector is seen as less pivotal in maintaining such initiatives. For citizens in welfare states, private businesses don’t need to get involved in these issues. Therefore, the risk of backlash is bigger as people are going to quickly view such initiatives cynically.