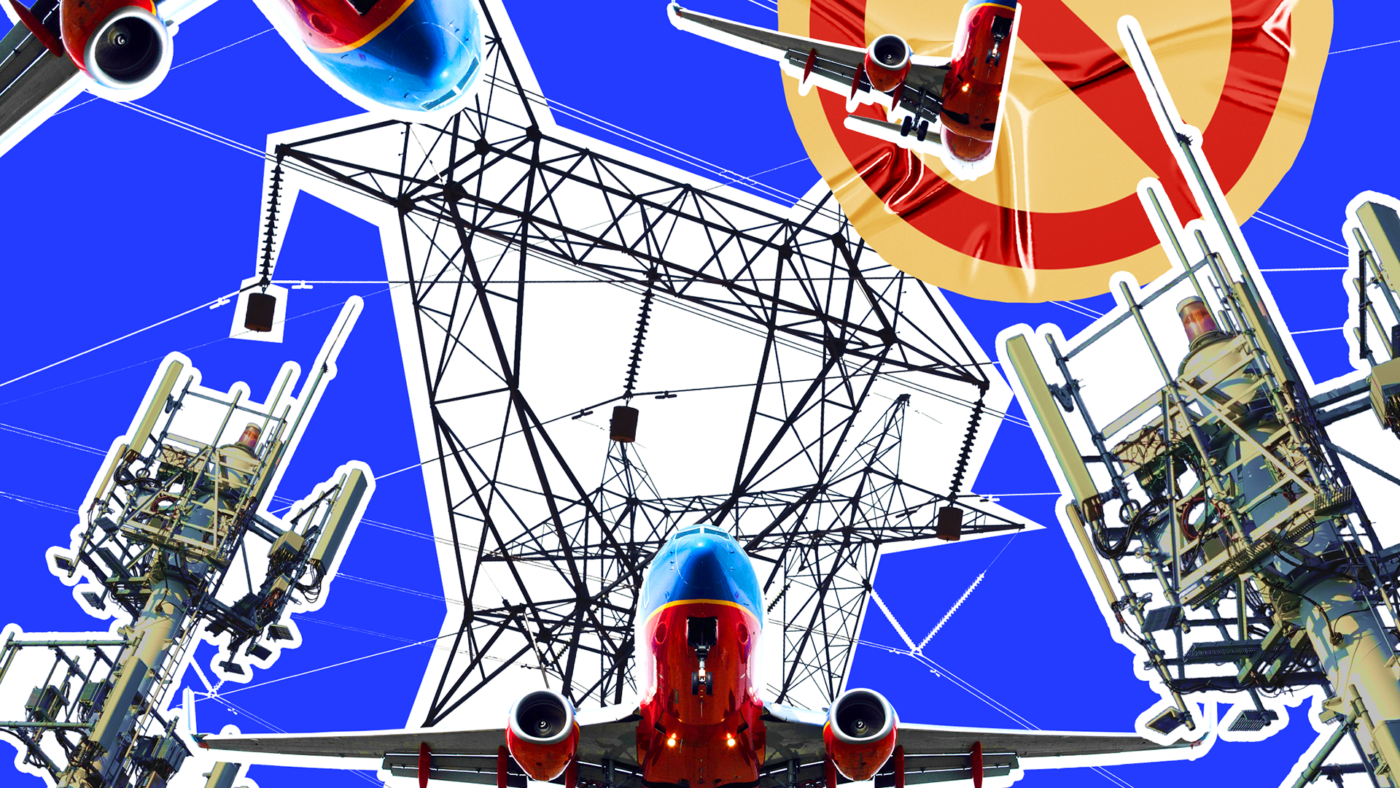 How to avoid NIMBY? Four tips based on the latest research

How can organizations reduce the impact of NIMBY? Based on the latest academic research, we identify four actions that can help projects get built sooner

The term NIMBY was minted more than fifty years ago, but it’s alive and well today – and it looks like the forces of NIMBY are winning. NIMBY groups can organize quicker through social media and have more tools and recourse to halt certain projects than fifty years ago.

Everybody wants clean energy and affordable homes, but nobody seems to want wind turbines or apartment buildings in their backyard. Developers of large-scale projects these days are sometimes wondering aloud whether it’s still possible to develop energy infrastructure, or public transportation hubs, or even standalone buildings.

NIMBY (Not In My Back Yard) is a form of resistance familiar to developers, local authorities and governments. A ‘NIMBY’ resident may not object to development plans in principle, but they definitely don’t want them on their doorstep.

NIMBYism, along with its more extreme cousin NIABYism (Not In Anyone’s Back Yard), creates particular problems in regions where there is no alternative but to build near homes. And if it can’t be avoided, we have to learn to manage it better.

The good news: NIMBYs are often a minority

Let’s start with some good news, though: NIMBYs are very often a minority, and there might be more support for projects than developers or governments often think.

“Individuals are more often supportive of energy projects than they are opposed,” according to Carley et al.’s 2020 research review.

However, vocal minorities have been known to derail entire development projects, so their impact needs to be taken seriously.

Where does NIMBYism come from? What makes it worse? Can we do anything about it?

A number of studies have probed these questions, identifying four factors we can work on to reduce NIMBY response and the impact of NIMBY activity on projects.

It’s an illusion to think that the most vocal detractors of projects will be pacified by following a recipe. However, to be successful these “hardcore” detractors or NIMBYists need public support.

As always, we advise organizations not to focus on the 10% detractors (nor the 10% diehard fans) and focus on the perspective of neutral or semi-neutral bystanders.

The goal should not necessarily be to recruit fans of your project, but rather to avoid alienating people to the point that they join the detractors. The idea is: “First, do no harm”.

The following actions go a long way to achieve this.

1. Show that “procedural justice” was applied

People hate it when they have the feeling that they’ve been duped, outmanoeuvered or tricked into something. An initiative that suddenly appears – and looks like it will go full steam ahead – will attract a lot of attention and galvanize resistance.

If detractors of a project can make the case that the developer is trying to railroad a community, they will have won the first battle for the hearts and minds, and they can use it to organize resistance.

It feels counterintuitive and many organizations want to delay communication “to avoid giving the other side a chance to organize”.

But the other side will organize anyway. Let’s repeat: your strategy should not focus on the existence of these hardcore NIMBYists, but rather how many people they can recruit and mobilize.

Developers and local stakeholders must therefore communicate early and clearly about what they’re planning, and how the project will affect the environment.

Belgian project developer Immobel, among others, has adapted its strategy to this in recent years, according to a report in Bruzz. For example, the company informs stakeholders as early as possible in the process.

“In Brussels, there is currently a lot of resistance to large-scale project development,” confirms Brussels master builder Kristiaan Borret. “At the same time, I see the designs of large developers evolving. I used to argue for more architecture competitions, and a company like Immobel has gone along with that.”

“They are also now trying to inform the general public as early as possible, probably because they have learned lessons from the current problems. That way you show that you are transparent and you also get the chance to explain your project before a negative climate develops around it. Because we have to get rid of that negative spiral that frames every major real estate project as ‘monstrous’.”

In addition, according to spokeswoman Caroline Kerremans, Immobel also places an emphasis on the positive aspects of projects:

“We look at how much we can preserve and reuse from buildings. Efficient water management, sustainable and fossil-free construction with geothermal energy have become standard today. In permit procedures, we involve the neighborhood as much as possible and provide explanations. Without always being able to meet all expectations in the process.”

A 2016 wind farm study conducted by researcher Petrova emphasizes that decisions arrived at by a process seen to be fair are more likely to be acceptable to the public.

A 2016 wind farm study conducted by researcher Petrova emphasizes that decisions arrived at by a process seen to be fair are more likely to be acceptable to the public.

She found that “[h]ow and when residents first learn about a project significantly influences their decision to support or oppose it. The earlier residents learn about potential projects and the more official the sources of information they learn from, the higher the chances for support.”

Work with local officals to announce the project well in advance.

Next, make sure to communicate extensively about the process and the procedure that was followed to obtain permits for the project. Developers should not just follow procedure, people have to actually see and believe that the procedure was followed.

Resistance is less likely when projects are demonstrably done ‘by the book’ and with full public accountability.

2. Build trust by any means

Trust is the ultimate antidote to NIMBY resistance, and a lack of trust tends to be what fuels the fire.

People need to trust the developer and the local authorities to lower NIMBY activity. A track record of positive outcomes can help people feel more accepting of development plans.

Empathy with the community is crucial. Treat residents not as a potential problem, but as potential contributors to a shared endeavor. Failing to compromise with residents has been known to halt entire projects.

A biomass energy project in the UK failed entirely (Upreti & van der Horst 2004) thanks to “the ‘not-in-my-back-yard’ attitude from the public and the ‘there-is-no-alternative’ attitude of the developers.”

The researchers studying the case found that “public acceptance or rejection was mainly based on the public trust or mistrust.”

Rigid positions on both sides of the conflict meant that planning permission was not granted, despite there being support for biomass energy production at a national level.

“Winning public support to promote biomass energy requires an alternative approach of planning and action through interactive communication, public participation and collective learning among all the stakeholders”

In addition to formal consultations, consider workshops for stakeholder groups that cover issues relevant to their concerns. These can serve a secondary purpose in spreading awareness of the benefits among potential investors and supporters of the plans.

3. Explain how locals will benefit from the project

What will the development mean for the local area? A project that changes the visual character of a neighborhood, puts extra pressure on (transport) infrastructure or affects air quality will be seen as disruptive, but if it brings upsides for residents this can help moderate objections.

There will likely be no shortage of detractors amplifying the negative impacts of a given project, so don’t be shy about balancing the narrative. Often these positive communications will be future-focused, framed in terms of long-term gains outweighing short-term pain.

The focus of these good news stories should be (hyper)local if possible.

A study on wind energy (Petrova 2016) found that local residents found general benefits of a development, such as carbon neutral energy production, less persuasive than benefits to the immediate area around the project (like jobs or renewable energy for the surrounding residents).

Communicating positive impacts does not mean glossing over negative ones. A constructive way to take ownership of negative outcomes is to describe how you will ameliorate them.

For example, you may be building a coal-fired power plant, but you can negate outdated assumptions about pollution by talking about the carbon capture and storage technology involved in the design.

4. Inform the public about the project

Does the public understand the nature of the project? Adequate information is a necessary but not sufficient ingredient for success (which is why we put this last rather than first).

Information won’t win NIMBY hearts and minds on its own, but clear and transparent communication of development plans will help to set expectations and limit unwelcome surprises or unfounded speculation.

With technology, providing realtime information is possible and often relatively affordable. People need never feel that projects which could affect their quality of life are secretly happening under their noses.

Example: a biomass project installed realtime cameras and an air quality monitoring station, giving the public 24/7 access to air quality data (Giuliano, 2018). This transparency can counter objection to biomass plants on the basis that they pollute residential areas. Meanwhile the obvious investment and care taken to provide relevant information is a signal of respect for the public.

A note of caution – don’t swamp the audience with information unless it’s relevant to their concerns. Whatever you provide must pass the “what’s in it for me?” test.

Sources and further reading on Nimby