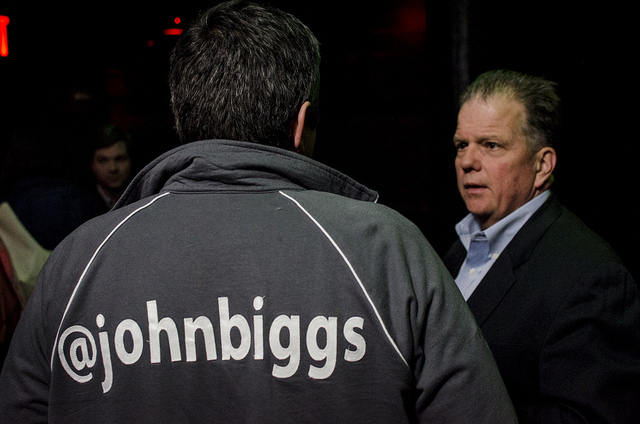 Too easy to forget 🙂 media visibility ≠ success of your venture… #bmgen

I had this conversation on Twitter with Alexander Osterwalder, the co-inventor of the business model canvas. It’s not that he’s wrong: of course you can’t equal business success to media visibility, or the other way around. Being in TechCrunch will not make your startup succeed.

On the other hand, I feel a lot of the advice to startup founders about PR is very one dimensional, because it so often stays stuck in the truism that “getting your startup in TechCrunch doesn’t guarantee success”. I don’t think any PR professional would claim otherwise.

Let’s look at why being in TechCrunch will not guarantee business success:

Having said that, being in TechCrunch is still a nice PR win for a startup, that will give your credibility a nice little boost, and might help you score a few quick wins that your startup might need at this very moment, like getting a top developer, designer, or a VC to sign on the dotted line.

It also tells you (in true ‘lean’ fashion) that at least some parts of your story resonate with the media, which is always nice to validate.

But it’s mostly in the long run that PR – applied and executed correctly – can actually help your venture succeed:

(Alexander Osterwalder himself has a guest column in the Wall Street Journal, which you should subscribe to, incidentally. He secured this by telling a very compelling and relevant story about a trending topic, namely entrepreneurship and innovation. 🙂 )

When thinking about PR, I think a lot of people wrongly assume that PR is about scoring a win in an outlet like TechCrunch. It’s certainly part of it. But Bill Gates famously said that people overestimate the impact of change in the short term, but that they underestimate it in the long run. It’s the same with PR.

People generally overestimate the impact that one win (like TechCrunch) will have on their business.

On the other hand, they underestimate the impact that a consistent, high quality PR and content marketing program can have for your reputation as a founder or a company (the two will often overlap to a very large extent, more about that here). With that, they miss the great connections and relationships, opportunities and business that a truly stellar reputation can bring to a business venture.