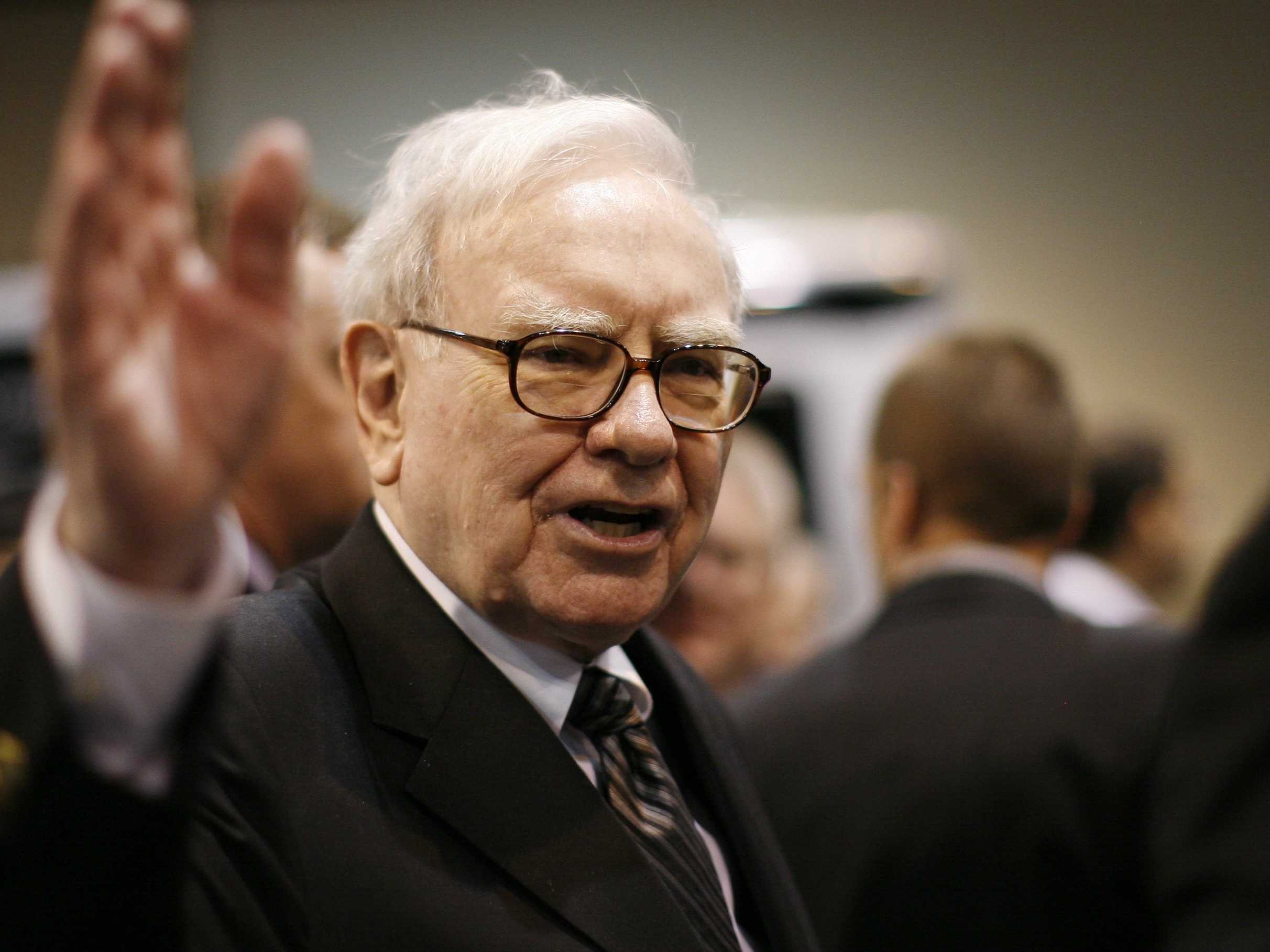 Warren Buffett on reputation: the economic value of values, integrity and corporate culture

Warren Buffett is commonly hailed as the world’s greatest investor, and for good reason. As the chairman and CEO of Berkshire Hathaway, Buffett has a net worth of more than sixty-six billion dollars—one of the largest of anyone in the world.

How exactly does someone become so financially successful? In his book Berkshire Beyond Buffett: The Enduring Value of Values, Lawrence Cunningham argues that one of Berkshire Hathaway’s greatest assets is something we talk about all the time on this blog: reputation.

1. Warren Buffett understands that reputation and integrity have economic value

Like few other CEOs, Buffett understands this, and will happily pay a premium for something as intangible as a reputation.

Surprisingly, Buffett did not start his career that way. In fact, Buffett was something of a bargain hunter initially, says Cunningham. It was Charlie Munger (Buffett’s longtime friend and co-investor) who convinced him otherwise:

Munger (…) encouraged Buffett to adopt a long-term view of business opportunities, rather than the approach of bargain hunting Buffett had practiced in his early career. Munger [factored] in not only statistical analysis of balance sheet quantities and earnings, but soft factors like entrepreneurship, integrity, and reputation.

Buffett is not only willing to pay a premium for companies he sees as having more integrity, but also to maintain his own good reputation in the business community, as a takeover bid from the 1970s shows.

In 1972, Buffett wanted to acquire a financial company called Wesco. At the time, though, Wesco was about to merge with another company. Buffett deemed Wesco’s other suitor to be overvalued, and tried to convince the Wesco’s CEO to abort the merger. The CEO followed Buffett’s advice and pulled the plug on the merger.

What happened next was extraordinary:

Wesco’s stock price dropped, as typically happens in such a scenario, from a high of $18 to $11. [Buffett] could have begun acquiring shares at the low market price that Buffett and Munger’s scuttling of the merger had engendered. lthough they wished to acquire Wesco, they did not think it would be fair to pay the low market price after their interference with the merger caused it to drop. So they ordered their brokers to acquire the stock at prices as high as $17 and subsequently made a formal tender offer at $15.

Many people were baffled by Buffett’s strategy. Why would a businessman ever pay more than he had to? The market watchdog, the Securities and Exchange Commission (SEC) actually started a yearlong probe into the deal, suspecting foul play:

It was hard for people to understand what Buffett…spent a year explaining: they paid a higher price to show integrity. Moreover, such a premium had economic value, because integrity is a reputational advantage that others would weigh in subsequent dealings. Buffett and Munger stressed both the immediate value of winning Vincenti’s respect and the longer-term value of ‘general business reputation’ The authorities were finally persuaded.

2. How much value? Quite a lot, actually

Buffett shows that he understands that reputation is, as the academic definition goes, an impression of past behavior that is used to predict future behavior.

So valuable is Berkshire’s culture—especially the values of permanence and autonomy—that business sellers undeniably treat it as a valuable part of what they receive on the sale. It is its culture that enables Berkshire to acquire companies at lower prices than rival bidders.

You might find that hard to believe, but here’s one deal where there’s tangible proof.

In 1995 a home furnishings company named RC Willey sold to Berkshire Hathaway for only $175 million, even though they had received several other offers for more than $200 million. In other words, RC Willey effectively paid Berkshire $25 million (one eighth of the total transaction value!) in exchange for the Berkshire Hathaway’s reputation.

In some Berkshire Hathaway subsidiaries — notably the insurance and reinsurance businesses — this long-term view of reputation is actually part of the business model.

It was partly what insulated Berkshire Hathaway from the worst impacts of the financial crisis:

Buffett noted when discussing the industry in 2008, a year that battered insurers amid a roiling financial crisis: ‘Reinsurance is a business of long-term promises, sometimes extending for fifty years or more. This past year has retaught clients a crucial principle: A promise is no better than the person or institution making it.’

It wasn’t only Berkshire’s insurance businesses that came out better than competitors during the crisis. In the overheated real estate market between 2001 and 2007, many financial and real estate companies sold mortgages to people who could not afford them. When the financial crisis broke loose, these companies suffered huge losses, and many of them went bankrupt.

“A promise is no better than the person or institution making it.” – Warren Buffett

Clayton Homes was the only player in the industry that didn’t suffer huge losses. According to CEO Jim Clayton, it was a direct consequence of a business decision to maintain high ethical standards:

Clayton attributed the difference to his company’s maintenance of a “sacred wall” between sales and credit that competitors failed to maintain. (…) no purchaser of the loans it originated or had repackaged for sale ever lost a dime of principal or interest.

Once again, Berkshire came out on top because of its culture of integrity and long-term vision.

3. Buffett guards his reputation by keeping the stakeholder’s perspective in mind at all times

Another instance that shows how intuitively Buffett grasps reputation is an episode from the early 1990s, when the investment bank Salomon Brothers was in the midst of a scandal.

Buffett was an investor in the company, and was asked to step in to clean house. In doing so, he also dispensed some valuable reputational advice to the bankers:

In a press interview in May 1991, Buffett announced off the cuff a directive to Salomon personnel that became embedded in Berkshire’s DNA: do nothing that you would not be happy to have an unfriendly but intelligent reporter write about on the front page of a newspaper. He repeated that admonition in related congressional testimony and has reiterated it regularly to the chief executives of Berkshire’s subsidiaries.

In fact, this is the mindset that Timothy Coombs’ situational crisis communication uses in times of crisis. Averting or handling a crisis is not about what you think happened to trigger an issue or a crisis — it’s about what your stakeholders will say about what happened.

4. Reputation is not guarded by a compliance department, but by a culture

Of course, all of this begs the question: how does a company like Berkshire Hathaway, which has over 316,000 employees, maintain its reputational standards? It’s not by micromanaging it, or by installing a big compliance department, as Buffett himself points out:

Berkshire Hathaway chooses the exact opposite approach, of not micromanaging the reputation — but by installing and evangelising a company-wide culture of integrity, as Buffett himself explains:

The greatest institutions…select very trustworthy people, and they trust them a lot…There’s so much self-respect you get from [being] trusted and [being] worthy of the trust that [the] best compliance cultures are the ones which have this attitude of trust. This general culture of trust is what works. Berkshire hasn’t had that many scandals of consequence, and I don’t think we’re going to get huge numbers either.

“The greatest institutions select very trustworthy people, and they trust them a lot” – Warren Buffett

5. Even oracles can be wrong

Finally, even the Oracle of Omaha cannot always be right. In 2011, Buffett managed to alienate a lot of his stakeholders when he mishandled a crisis at Berkshire Hathaway.

In 2010, Buffett asked David Sokol to look for acquisition targets. Sokol was a trusted lieutenant of Buffett — in fact, he was named as a potential heir to the throne at Berkshire Hathaway.

After some research, Sokol zoomed in on Lubrizol as an attractive acquisition opportunity. Before pitching Lubrizol to Buffett, however, Sokol also bought $10 million worth of Lubrizol shares — shares that Buffett would later pay a 30 % premium for when he did make an acquisition offer to Lubrizol.

When Berkshire Hathaway shareholders found out that Sokol would personally benefit from this acquisition, a scandal erupted. After all, this looked a lot like insider trading. Under pressure from the public, Sokol was forced out.

However, in the press release about Sokol’s resignation, Buffett seemed a bit too lenient towards Sokol, says Cunningham, leading to further anger on the part of shareholders:

Aware that he had to tread carefully, Buffett eventually asked an audit committee to review the case. The committee’s verdict came back a lot sterner than Buffett’s press release:

[It] concluded that Sokol’s purchase of Lubrizol stock violated Berkshire policies. (…) Above all, Sokol violated rule one of Buffett’s biannual letter to Berkshire CEOs mandating that they safeguard Berkshire’s reputation.

The audit committee’s repudiation of Buffett’s initial judgment caused Buffett to change his mind. (…) Buffett went on to denounce Sokol’s conduct as “inexcusable and inexplicable” (…).

All in all, the handling of the Lubrizol case was a rare PR misstep for Buffett — a time when he seemingly lost sight of his own admonition to think about how a “unfriendly but intelligent” journalist would report on his actions.

Cunningham’s book asks an important question: what will happen to Berkshire Hathaway when Buffett is no longer around to run the company? Cunningham is quite optimistic about the conglomerate, pointing to its strong culture and the high degree of decentralization in its operations.

In government and regulatory affairs, Buffett’s name is enough to appease angry congressmen and regulators (as the Salomon case would prove). His reputation as someone who does not bargain when acquiring companies (“Berkshire’s first bid is the final bid”) has probably saved Berskhire Hathaway months or even years in protracted negotiations and due diligence.

Without Buffett, this powerful trump card can no longer be played.

On the other hand, it is probably true that “you shape your houses and they shape you,” as Buffett is fond of quoting Winston Churchill.

Buffett built an empire with hundreds of companies employing more than 316,000 employees who share largely the same values and culture. As the case of IBM shows, it is not uncommon for extremely strong corporate cultures to endure for years, if not decades. It will be interesting to see whether Buffett’s legacy is as enduring as Thomas Watson’s at IBM.

We look forward to discussing reputation with you in the comments!